A tale of Satanists and political maneuvering in Arizona 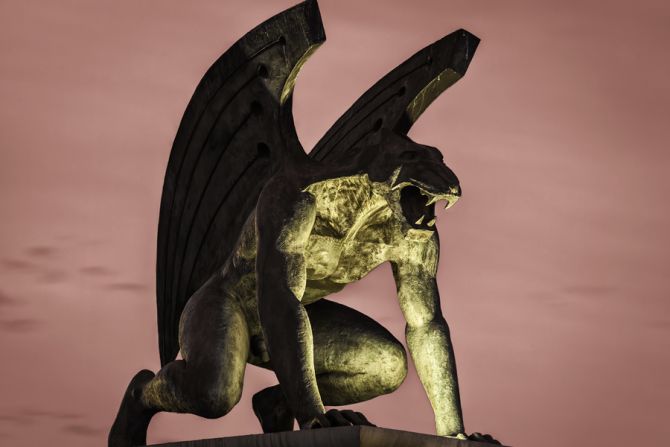 Even though the Satanists lost, they won.

That's the opinion of Phoenix city councilman Sal Diciccio, a practicing Catholic who was embroiled in a heated debate over whether or not a Satanic group would be allowed to give the opening prayer at an upcoming council meeting.

Last week, the sharply divided city council voted 5-4 to adopt a moment of silence instead of prayer at the opening of council meetings, effectively blocking an upcoming invocation by a Satanic temple member from Tucson, but also banning all prayer in the future.

Diciccio, who voted against the moment of silence, said that banning all prayer was the real end game for the Satanists.

"It wasn't about one prayer, they wanted to ban all prayer," Diciccio said. "That's their win...they accomplished their goal."

There could have been other ways to effectively block the Satanist group without banning prayer, a tradition of the city council for 65 years, Diciccio said. First and foremost, the city council could have banned the group on the basis that they were not from the community and that they don't consider themselves a religion, he said.

"The fact is that they're from Tuscon and we're from Phoenix, we had every right to say look, you're not a part of our community," he said. "That was paramount to block them from being there."

The four councilmen who ended up voting against the moment of silence also had presented alternative prayer practices that the council could have adopted, such as appointing  a council chaplain.

Diccicio said he approached City Attorney Brad Holm with the proposal that the city council could ask the chaplains of the Phoenix police and fire departments to come in and offer prayers on a rotating basis, since their chaplains are already in place and would not cost the city council any extra money. The proposal was denied.

"Do you know what he said? He said they're Christian, and you can't do that," Diciccio said.

The dissenting members of the council also proposed a model like that of the Arizona state legislature, which allows each member to personally invite someone to offer a prayer on a rotating basis.

Josh Kredit is the General Counsel and Vice President of Policy for Center for Arizona Policy (CAP), a nonprofit research and education organization that promotes and defends traditional values of life, marriage and family, and religious freedom. He said the state's practice holds members accountable for the prayers offered.

"If a council member wanted to sponsor a Satanist prayer, they could do that, but they would also live with any kind of backlash like what we saw the other night, versus this system where everyone just kind of throws up their hands and says well it's a process, there's nothing we can do," Kredit said.

In their May 2014 decision Town of Greece v. Galloway, the Supreme Court upheld the right of public bodies to allow prayer under certain parameters, Kredit said. The city council could have had a constitutionally sound argument for changing their prayer practices without directly discriminating against Satanic groups, he added.

On Wednesday of last week, before the vote of the city council on the issue, more than a hundred people attended a the city council meeting, giving emotional testimonies that lasted more than two hours - many in opposition to the Satanic prayer. No Satanists addressed the council at the meeting.

"I am not for the silent prayer," Pastor Darlene Vasquez said at the meeting, according to azcentral.com. "I want those who believe in the one true God to pray. It breaks my heart to hear what is going on."

Diciccio, who said he is known for being outspoken on social issues, told a local T.V. news channel that allowing the Satanic group to proceed with the prayer would have been like inviting ISIS to offer an invocation. The newscaster argued that the comparison was unfair.

"But I said well, Satanism is the epitome of evil, if you think (ISIS) is evil, where do you think this all comes from?" Diciccio said.

The city council has heard many different types of prayer in its 65 years of the tradition, Diciccio said, not all of them necessarily from the Christian tradition, but all of them positive in some way. He said he believes a Satanic prayer would be fundamentally unhealthy for the city.

"I don't think people really understand the depth of (the consequences) of allowing a satanic prayer," Diciccio said. "I believe that is an unhealthy thing for a community. There's this blase attitude that what's going on is ok - I don't think it's ok, I don't think it's right."

The Satanic temple had threatened to sue the city council if they were banned from prayer, but have dropped the idea since the passing of the moment of silence. According to azcentral.com, some city council members believed that the city could not have afforded the lawsuit.

Still, Diciccio said he is worried that the decision to get rid of prayer in the city council could have a domino effect on the rest of the state, and even other states around the country.
"I think Phoenix is kind of at the forefront, but I think this is going to be a debate nationwide," he said.

"We have (public prayer) all over the country," he added. "If it's done somewhere else, why can't it be done here? It's not logical. And the Supreme Court said if you do it right, you can constitutionally protect it."

Fr. Vince Lampert, a nationally known exorcist who travels the country speaking out spiritual realities, agreed that the move was a win for the Satanic group.

"The decision by the Phoenix City Council is a victory for the Satanists who wish to remove God from the public forum," Father Lampert told CNA. "By opting for a moment of silence the only One who is silenced is God."

"Humans have the innate desire and need for God," he added.  "St. Augustine put it best: 'Our hearts are restless, O Lord, until they rest in you.'  When God is silenced from such settings as this City Council, it only further distances humanity from God and increases the emptiness of society as a whole. It is within this emptiness that Satan dwells."