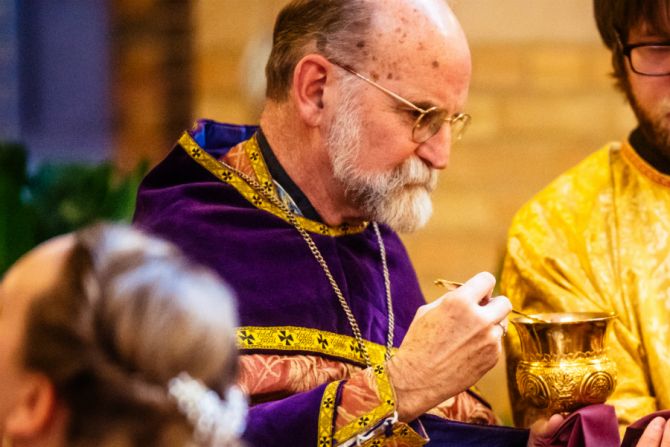 Father Raymond Thomas Gawronski, S.J., professor of dogmatics at St. Patrick's Seminary and University in Menlo Park, California, died in the closing hours of April 14 of complications from cancer, at the age of 65.

He was remembered for his love of Christ, formation of seminarians, and witness to the beauty of the priesthood.

"Certainly he was an excellent classroom lecturer, but it was his real interest in the (seminarians), and their spiritual development, and his desire that they have a real relationship with Christ – that was his constant theme," said Fr. Gladstone Stevens, the rector and president of St. Patrick's Seminary.

"He was such a great witness to what priests could be."

Fr. Stevens told CNA that while Fr. Gawronski had not been at the seminary for very long, "when you think about the disproportion between the time he was here and his impact, it's just incredible: he was such a presence here, in such a positive way."

Gawronski was born in Brooklyn Sept. 9, 1950, to Stanley and Blanche Gawronski, a family of Polish heritage. Growing up in New York and New Jersey, he graduated with a degree in philosophy from the College of the Holy Cross in Worcester, Mass. In 1971. He later earned a master's degree in world religions from Syracuse University, where he studied under Dr. Huston Smith.

In 1977 Gawronski joined the Society of Jesus. His two years of novitiate were served in Wernersville, Pa., and he also served the poor in Washington, D.C., at St. Aloysius parish. He then earned an M.A. in Asian Studies at the St. Michael's Institute of Gonzaga University, and an M.Div. from the Jesuit School of Theology in Berkeley.

He taught theology at Marquette University in Milwaukee. He was for some 10 years spiritual director and a theology professor at St. John Vianney Seminary in Denver, Colo., where he helped to establish the spirituality year, with its Ignatian characteristics: a month of itinerancy and a 30-day retreat following the Spiritual Exercises.

Fr. Gawronski spent the last two years of his life serving as a spiritual director and professor at St. Patrick's Seminary.

He is the author of Word and Silence: Hans Urs von Balthasar and the Spiritual Encounter Between East and West and A Closer Walk with Christ: A Personal Ignatian Retreat. He appeared in an EWTN series and his articles appeared in such publications as Communio, New Oxford Review, and America.

Fr. Stevens reflected that he appreciated Fr. Gawronski's insistence that "we have to do a better job bringing together the intellectual and spiritual life" of seminarians, which he shares.

"That comes a lot from his work on von Balthasar," he said. "This recognition that the life of the mind and the life of the spirit cannot be seen as two separate things to be cultivated: and that was certainly apparent when he put together the spiritually program, but that's how he approached everything. In his homilies, his spiritual direction, in his class, he just went back and forth between his life of prayer and his scholarship without skipping a beat, and I admire that so much."

Fr. Gawronski was preceded in death by his parents and by his sister Carol. He is survived by his brother-in-law Paul Sander, his niece Katie Sander, his nephew Peter Sander, and his cousin Donald Ferri.

His funeral Mass will be said at 10 a.m. April 26 at Shrine of St. Anne Catholic Church in Arvada, a Denver suburb. His body will be interred following the Mass, at the Jesuit plot of Mt. Olivet Cemetery.

A viewing and vigil will be held the preceding evening at Shrine of St. Anne at 5:30 p.m.