No one is beyond conversion, Abby Johnson tells Georgetown students 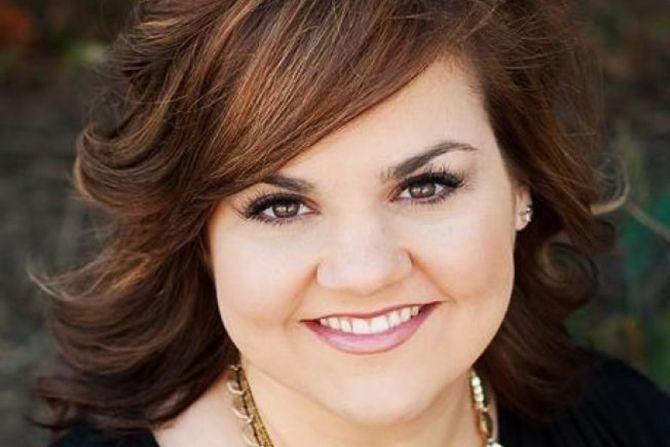 No matter how deeply someone may be entrenched in the culture of death, they are never beyond the loving reach of Christ, said former Planned Parenthood clinic director Abby Johnson to a group of Georgetown University students on Wednesday.

"I'm standing in front of you today as a testament to the power of conversion," Johnson, a former Texas Planned Parenthood clinic director who later converted to Catholicism, said in a talk scheduled the same day as Planned Parenthood president Cecile Richards' address to students on Georgetown's campus.

Reflecting later on Richards addressing students earlier in the afternoon, Johnson said, "I just kept thinking you know, I believe that one day – I have faith – that one day it won't be me standing here speaking and defending the sanctity of human life."

"I believe that one day it will be Cecile Richards standing here."

Johnson's speech was part of Life Week 2016 at Georgetown. A pro-life panel led by Rep. Marsha Blackburn (R-Tenn.), chair of the Select Investigative Panel on Planned Parenthood, spoke on campus Tuesday evening. The group Students for Life organized a protest of Cecile Richards' speech on Wednesday, before Johnson's pro-life talk that evening.

Cardinal Wuerl was scheduled to say a pro-life mass at Epiphany Catholic Church near Georgetown's campus on Thursday evening.

Richards' invite to speak on campus by the student group Lecture Fund – and the subsequent support that the university gave the group – drew biting criticism from the Archdiocese of Washington for its "unawareness of those pushing the violence of abortion." Planned Parenthood is the nation's largest abortion provider, performing well over 300,000 abortions per year.

"The Jesuit community on campus clearly has its work cut out for it and a long way to go as it tries to instill at Georgetown some of the values of Pope Francis," the archdiocese stated.

In 2012, the university also ignited controversy by inviting then-Secretary of Health and Human Services Kathleen Sebelius to speak at its graduation ceremonies. Many Catholic organizations were being ordered by the HHS, under threat of heavy fines, to violate Church teaching by providing coverage for birth control to employees, and bishops were speaking out against the mandate.

Johnson focused her Wednesday speech on her conversion away from being a Planned Parenthood clinic director and ultimately to the Catholic faith. She emphasized the importance of prayer, perseverance, and trust in God in overcoming the evil of abortion.

She pointed to her organization And Then There Were None, dedicated to helping abortion clinic workers and doctors leave the industry, as an example of success. She initially thought 10 workers a year leaving the industry would be a great total, but there have been 218 workers leaving the industry in three years, including 6 full-time abortionists.

"Being pro-life is not just about saving the baby. Because if it was, then we would just be pro-baby," she said. "We are pro-life, and we believe in the dignity and the inherent worth of that woman who's walking in to that abortion facility and we know that she deserves better than anything she can receive inside those abortion facility walls."