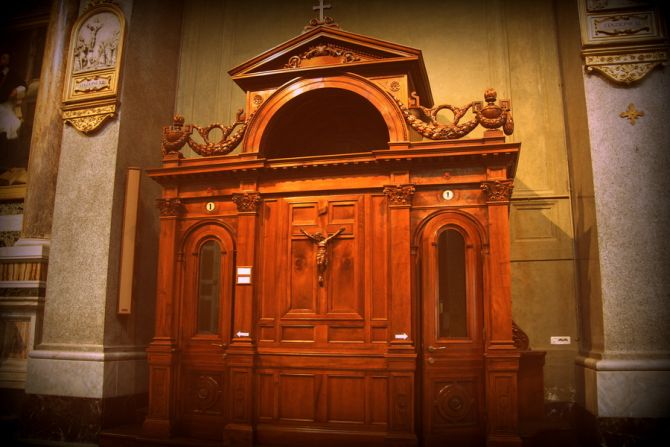 A state appeals court in Louisiana reaffirmed that Catholic priests cannot be forced by law to violate the seal of the confessional.

According to local news station WBRZ, the court ruled on Friday that Father Jeff Bayh does not have to disclose any discussion that took place during the Sacrament of Confession.

Catholic priests are bound to observe the seal of confession and cannot reveal to anyone the contents of a confession or whether a confession took place. Priests who violate the seal are automatically excommunicated.

At issue is a civil lawsuit involving a woman who said that in 2008, when she was a minor, she told Fr. Bayhi that she was being abused by a parishioner. The alleged conversation with the priest took place during the Sacrament of Confession. The woman is now in her mid-20s.

Louisiana law requires clergy to report sexual abuse. Parts of the law grant an exception when abuse allegations are revealed during confidential religious communication such as confession. However, other parts of the state code require mandatory reporting "notwithstanding any claim of privileged communication," the New Orleans Advocate reports.

The young woman and her family sued the priest and the diocese for damages, saying they were negligent in allowing the abuse to continue, The Times-Picayune newspaper reports. The estate of the man who allegedly molested the woman is also named in the suit. The accused man died in 2009.

A trial court had denied the diocese's motion to prevent any plaintiffs from testifying about any confessions that may have taken place between the then-minor and the priest. However, a state appeals court had ruled that the alleged confession was legally confidential and that the priest was not a mandatory reporter.

Later, the Louisiana Supreme Court overturned the appeals court. It said that a fact finding hearing should determine whether the priest had the duty to report alleged abuse under the state's mandatory reporting law. In doing so, it returned the case to a lower court for further action.

In February of this year, Louisiana District Judge Mike Caldwell said that the priest was not required by law to report the alleged sex abuse if informed about it within the confidential seal of confession, which priests cannot break.

The appeals court ruling upholds that decision, while allowing the plaintiff to testify about what she said in the confessional.

Earlier this year, Bishop Robert Muench of Baton Rouge discussed the case in a statement.

"I extend my compassion and offer prayer not only for the plaintiff who may have been harmed by the actions of a man who was not an employee of the church, but also for all who have been abused by anyone," he said.

He also emphasized the importance of protecting the seal of confession, saying, "the court's decision to uphold the First Amendment right to the free exercise of religion is essential."