This Ohio mystic mentored Mother Angelica. Was she a saint? 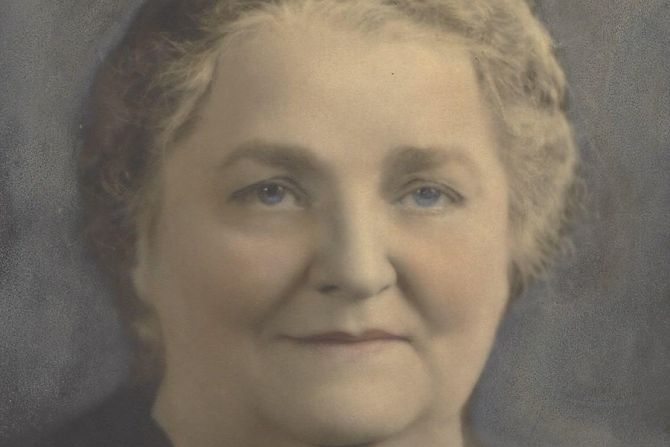 Rhoda Wise, the mystic visionary and reputed stigmatic and miracle worker who played a key role in the life of Mother Angelica, is now the focus of a diocesan inquiry as one of the first steps towards possible canonization.

“She was instrumental in the healing of Mother Angelica when she was a teenager,” Karen Sigler, director of the Rhoda Wise Shrine, told CNA Sept. 27. “Mother Angelica wasn’t the only one. There are all kind of testimonies of healings people received after contact with Rhoda in her home.”

“And it is still happening today,” Sigler said, citing the testimonies recounted on the website of the Canton, Ohio shrine.

St. Peter Catholic Church in Canton will host the Mass opening the diocesan investigation into Rhoda Wise’s cause for beatification and canonization.

Monsignor Robert Siffrin, the vicar general of the Youngstown diocese, will celebrate the Mass on Friday, Oct. 7 at 7 p.m.

Wise was raised in West Virginia, as one of eight children in a staunchly Protestant family, with the last name Greer. She first encountered Catholicism at age 16 when she underwent an appendectomy and a nun gave her a St. Benedict Medal. She hid the medal from her parents and kept it all her life, the Canton Repository newspaper reports.

Her first husband died in 1916, six months after they married. She then married George Wise. Their first adopted daughter died from influenza and they adopted a second daughter, Anna Mae, in 1922. They lived in a Depression-era three room house that was renovated over time.

Wise suffered serious health problems. In 1932, at the age of 44, doctors removed a 39-pound tumor from her body. In December 1936 she seriously injured her ankle by stepping into a water drain. Despite several casts, her foot remained bent inward and she could not stand on it without pain. Doctors thought the injury was permanent.

In 1938 she began a series of treatments and surgeries at Mercy Hospital, Canton. Doctors discovered complications from the surgery on her tumor, and operations to repair these complications left a raw, sore open wound that refused to heal.

She was visited by a Sister of Charity of St. Augustine who introduced her to the Rosary and suggested she offer nine days of prayer to St. Therese of the Child Jesus for her healing.

Wise went on to pray the nine-day novena and drew closer to the Catholic faith, converting to Catholicism on Jan. 1, 1939. A few months later, she was discharged from the hospital with the belief her wound was incurable.

“The room which had been dark suddenly became bright, and when I turned around in bed to see the cause of it, I beheld Jesus sitting on a chair beside my bed,” she said in her own words. “I distinctly saw the marks of His forehead where the thorns had pierced His brow. He was gloriously beautiful and was robed in a gold garment which reflected every color.”

On June 28 of that year, she said, she received a visitation from Jesus and St. Therese of Lisieux.

“I am the Little Flower. You have been tried in the fire and not found wanting. Faith cures all things,” the vision of St. Therese said to her.

Wise said she was healed of her stomach wound that night. After another vision months later, her leg healed, and she went to church at the insistence of a vision of St. Therese. She attended Mass for the first time on the Feast of the Assumption of the Blessed Virgin Mary, walking without crutches.

She reputedly suffered the visible stigmata for two and a half years and then suffered invisible wounds. She had several visions of Jesus and St. Therese. Her final vision took place June 28, 1948, ten days before her death.

“Tell the people not nearly enough of them are saying the daily Rosary; they must say the Rosary for the conversion of Russia,” the vision of Jesus told her.

Hundreds of people flocked to Wise’s home when she was alive. These visitors included a young Canton, Ohio native named Rita Rizzo. The teen would become Mother Angelica, the founder of EWTN Global Catholic Network.

On Jan. 8, 1943, the 19-year-old girl had been suffering for months from severe stomach pains related to a discolored abdominal lump.

Wise had Rizzo sit in the wooden chair where Jesus purportedly sat during his visitations. Wise spoke with Rizzo’s mother. Wise gave Rizzo prayers to the Little Flower to say in a novena and told her to make some kind of sacrifice and promise to spread devotion to St. Therese if she were cured.

After the novena’s nine days, Rizzo suffered severe pains, then experienced what she believed to be a miraculous healing. According to Mother Angelica biographer Raymond Arroyo, doctors dismissed the claims of a miracle. Arroyo questioned whether the doctors gave a thorough evaluation, though there are no surviving medical records.

“When the Lord came in and healed me through the Little Flower, I had a whole different attitude,” she told Arroyo. “I knew there was a God; I knew that God knew me and loved me and was interested in me. I didn’t know that before. All I wanted to do after my healing was give myself to Jesus.”

The young woman would visit Wise’s home more frequently and consult her about her religious vocation.

Decades later, Wise’s house was willed to Mother Angelica and EWTN. It was in the possession of the Eternal Word Television Network from 2001 through 2014, when it was deeded to the Rhoda Wise Shrine.

Sigler, the shrine’s director, welcomed the opening of the investigation into Wise’s life.

“A lot of us have waited for it for a long time. We’re very happy,” she said.

If the diocesan investigation finds sufficient reason, the cause for Wise’s beatification would go to the Vatican for further evaluation.

The Rhoda Wise Shrine is a private association of the faithful approved by Bishop George V. Murry of Youngstown. It takes care of the house Wise lived in and its grotto. The shrine website is http://rhodawise.com.