How the Catholic author of 'The Exorcist' saw good and evil 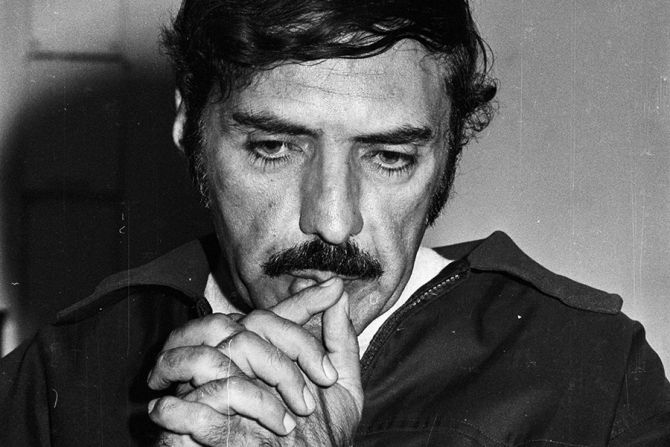 William Peter Blatty, whose fictionalized vision of demonic possession and Catholic exorcism transfixed a great swath of the American public, died on Thursday.

In the 1960s he became a novelist and screenwriter, with only modest success. But then his 1971 novel The Exorcist portrayed the demonic possession of a 12-year-old girl and her exorcism by two Catholic priests. He had drawn inspiration from a 1949 Washington Post story about a Jesuit priest's successful exorcism of a 14-year-old boy in Mount Ranier, Maryland.

For Blatty, the point of his the story was "that God exists and the universe itself will have a happy ending."

The book sold 13 million copies. Blatty wrote the screenplay for the movie, which became a blockbuster whose disturbing imagery and depiction of supernatural evil helped redefine the horror genre and the American religious imagination.

Blatty voiced concern that the film's climax, in which the younger priest goads the demon into possessing him and then jumps to his death, appeared to give victory to the demon.

In 2000 he prevailed upon his friend, the film's director William Friedkin, to release a special director's cut of the film that made the triumph of good over evil more explicit, the New York Times reports.

Blatty graduated from Georgetown University in 1950, and parts of the campus were used to film The Exorcist. He received its John Carroll Medal for alumni achievement.

However, he became a leading critic of the school. In May 2012, he announced a canonical lawsuit against Georgetown for failing to live up to its Catholic identity.

He formed the Father King Society, a group named for the late Jesuit Fr. Thomas M. King, a former theology professor at Georgetown who was rumored to be the inspiration for the priestly character in The Exorcist.

Blatty's petition asked that the Church require the prestigious, historically Jesuit school to implement the document.

In April 2014, Archbishop Angelo Zani, Secretary of the Congregation for Catholic Education, said the group's petition was "a well-founded complaint."

Blatty was born Jan. 7, 1928 in Manhattan to Lebanese immigrants. His father left home when he was six years old and his mother supported them both on a meager income. He attended the now-closed Brooklyn Preparatory School and Georgetown on full scholarships.

Before becoming a screenwriter, he worked as a vacuum cleaner salesman, a psychological warfare specialist in the Air Force, a magazine editor for the U.S. Information Agency, and a university public relations specialist, the Washington Post reports.