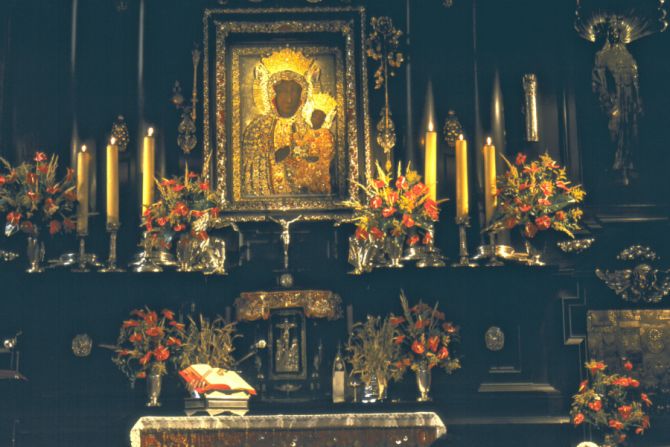 Poland's government has adopted multiple resolutions establishing 2017 as a Jubilee Year for the country, celebrating the 300th anniversary of the first canonical coronation of the image of Our Lady of Czestochowa.

"Polish Sejm, convinced of the special importance of Marian devotion for our homeland – not only in the religious aspect, but also social, cultural and patriotic – establishes 2017 the Year of the 300th anniversary of the Coronation of the image of Our Lady of Czestochowa," the resolution of the lower house of parliament stated.

More than 94 percent of Poland's population being Catholic, the image of Our Lady of Czestochowa, also called the "Black Madonna," has a significant meaning for Poles and is highly venerated throughout Europe.

In a resolution adopted Dec. 15, 2016, the Polish parliament called "the image of the Mother of God at Jasna Góra… one of the most important religious and material national treasures."

Although the image was crowned Queen and Protector of Poland by King John II Casimir in 1652, its first canonical coronation was by Clement XI on Sept. 8, 1717, which is the date of the anniversary. Additional coronations of the image were also issued by St. Pius X in 1910 and St. John Paul II in 2005.

A canonical coronation is a pious institutional act, wherein the Pope, through a bull, designates a crown or stellar halo be added to a Marian image under a specific devotional title in a particular area or diocese. The crowning of Our Lady of Czestochowa was the first such coronation to take place outside Rome.

For the Jubilee, the Polish bishops' conference has created a free smartphone app that sends out a "Marian thought" every day just before 9pm, the hour of the "Jasna Góra Appeal," a special prayer for the intercession of Our Lady prayed by Poles.

Faithful are also encouraged to participate in the Jubilee by offering "spiritual gifts" to Mary, such as a commitment to say certain prayers, to return to the Sacrament of Reconciliation, or to give up an addiction, such as drugs or pornography.

To inaugurate the Jubilee Year, Archbishop Stanislaw Gadecki of Poznan said Mass Sept. 8, 2016 at the Jasna Góra Monastery, the shrine where the image is located. On a website dedicated to the anniversary, there is a countdown to the celebrations to take place Aug. 26, the feast day of the image.

Fr. Marian Waligóra, prior of the monastery, said the resolution of the Senate and Sejm recognizes "the achievements of this place in the history of the whole of our land, the importance of Jasna Góra as a place in our history and religious center for the whole Church and all Catholics," the Polish Catholic News Agency KAI reported.

The resolution adds a "luster" to the Jubilee, Fr. Waligóra said, because it reminds them that the importance of Our Lady of Czestochowa goes beyond merely religious or spiritual importance to Poles – although that is the most important aspect – but that the image of Our Lady is woven into the entire history of Poland.