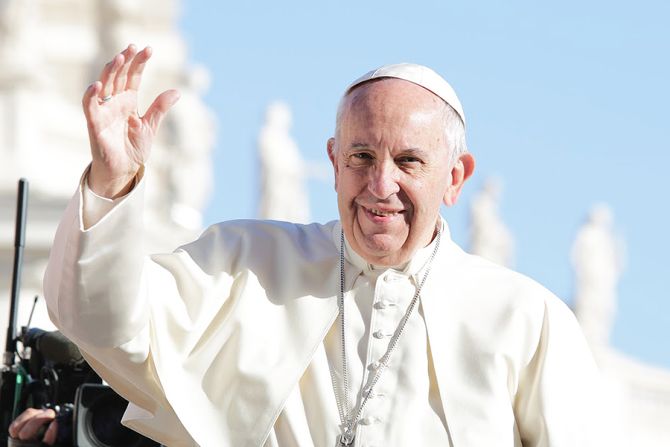 Pope Francis offered his greeting to participants at the 2017 March for Life in Washington, D.C., assuring them of his prayers and imparting his Apostolic Blessing upon all present.

In a papal telegram from Vatican Secretary of State Cardinal Pietro Parolin, the Holy Father thanked the marchers for their witness to life.

"Pope Francis sends warm greetings and the assurance of his closeness in prayer to the many thousands of young people from throughout America gathered in the Archdiocese of Washington and the Diocese of Arlington for the annual March for Life," the message said.

"His Holiness is profoundly grateful for this impressive testimony to the sacredness of every human life."

The text of the telegram was included in a letter from Archbishop Christophe Pierre, apostolic nuncio to the United States, sent to Bishop Michael Burbidge of Arlington, Virginia.

The message quoted a passage from Pope Francis' apostolic exhortation, Amoris Laetitia: "so great is the value of a human life, and so inalienable the right to life of an innocent child growing in the mother's womb, that no alleged right…can justify a decision to terminate that life."

Pope Francis, the message continued, "trusts that this event, in which so many American citizens speak out on behalf of the most defenseless of our brothers and sisters, will contribute to a mobilization of consciences in defense of the right to life and effective measures to ensure its adequate legal protection."

The 44th annual March for Life was held Jan. 27 in Washington, D.C. The march – which routinely draws hundreds of thousands of participants from around the country – is generally held close to the Jan. 22 anniversary of the Roe v. Wade Supreme Court decision that mandated legal abortion nationwide.

U.S. Vice President Mike Pence spoke at the March for Life this year, marking the first time that a current vice president has attended the event. Pence told the crowds that the pro-life movement is winning, urging them to fight for life with compassion and love.