St. Barbara of the Tunnels? These Glasgow workers have a special devotion 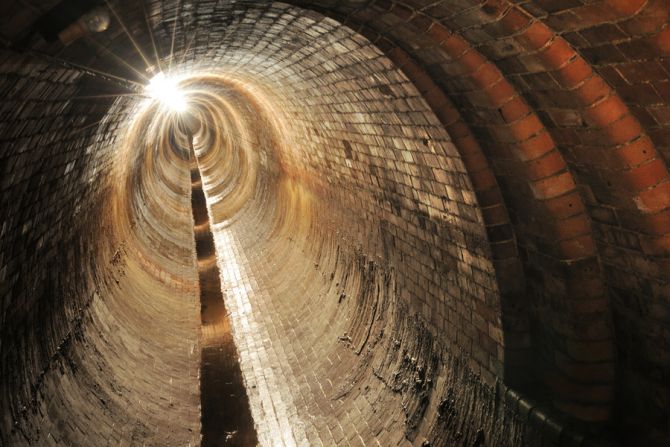 Workers building a three-mile tunnel under the streets of Glasgow, Scotland have a special patron, and a statue of her sits just outside the train that carries them underground each day.

"St Barbara is the patron saint of tunnellers and Costain, our contractor, has many experienced staff on site who have worked on projects such as the Channel Tunnel," said a Scottish water spokesman, according to the Scottish Catholic Observer.

The tunnel, which is scheduled to be completed next year, will remove waste water from the city.

The Scottish Catholic Observer reports that the statue of St. Barbara will be moved to a new tunnel project when the current one is finished.

St. Barbara was a third-century martyr who lived in the Phoenicia region. When her father discovered that she had converted to Christianity, he tried to kill her. However, according to tradition, a series of miracles allowed her to escape.

Eventually, her father caught and imprisoned Barbara. He turned her over to the local prefect, who tortured her, however, the saint remained true to the faith. According to tradition, Christ himself appeared to her and healed her wounds.

After repeatedly refusing to renounce her Christian faith, St. Barbara was sentenced to death by beheading. Numerous miracles were reported to have taken place at her tomb.