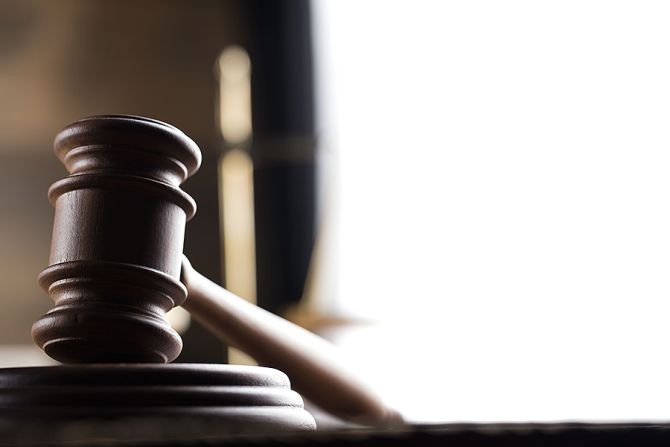 A small Colorado bakery's religious freedom lawsuit has drawn opposition from 37 large companies, including Apple, Amazon, and Citigroup, a development which the bakery's attorney says should be a cause of concern for all Americans.

"There's an incredible amount of power, economic and political and cultural power, opposed to the exercise of these kind of freedoms," Jeremy Tedesco, senior counsel with Alliance Defending Freedom, told CNA Nov. 30.

Tedesco's legal group is representing the Lakewood, Colo. bakery Masterpiece Cakes, owned by Jack Phillips. In July 2012, Phillips declined to make a cake for a same-sex couple's wedding on the grounds to do so would contradict his Christian beliefs. After the couple filed a legal complaint, the Colorado Civil Rights Commission ordered him to serve same-sex weddings and undergo anti-discrimination training.

The bakery has appealed the ruling up through the U.S. Supreme Court, contending that its artistic expression is protected free speech. Oral arguments are set to begin Dec. 5.

"Smooth, predictable, and efficient business transactions may be disrupted if businesses decline to serve amici's employees on either speech or religious grounds," said the brief, whose co-signers are known by the Latin word for friends, "amici."

The LGBT activist organization The Human Rights Campaign takes credit for the brief, which was authored by the international law firm Steptoe & Johnson LLP.

Tedesco thought the brief represented a mindset that is common among corporations.

"I think they have every right to advocate these points of view," he said. "I just think people ought to understand, unfortunately, that these powerful corporations are largely in lockstep on this."

"We see them exercising their influence across the board in these cases and issues," he said of the companies. "People should be concerned because they carry a lot of weight. We need others to be an antidote to the cultural and political power that they can flex in these kinds of situations."

The brief claimed that allowing speech or religious-based exemptions to non-discrimination laws would "substantially weaken" such laws and make the companies' own employees more vulnerable to discrimination, both in their communities and while performing their jobs, thus interfering with business.

Tedesco said such claims are "simply not true."

While critics of Phillips' case predict horrible consequences should he prevail, Tedesco said that victory for critics of religious freedom would have a far-reaching impact.

"This is a freedom that impacts everyone. We all have a stake in the outcome of the case," he said. "Their view is that if you open a business and create expression as part of your business, you can be forced to create anything that violates your beliefs."

Tedesco suggested a hypothetical case of a religious group asking an atheist painter to paint "God Exists" signs or murals. The religious group "doesn't have the right to force him to do that under the threat of applying laws against him," said the attorney.

The companies' brief said they believe that non-discrimination laws "ensure all Americans are treated with dignity and respect." They said such laws improve profitability, productivity and creativity in the workplace. Arguing that the lawsuit's exemption claims are "broad and ill-defined," they said such claims will "create uncertainty and impose unnecessary costs and administrative complexities on employers"

The brief outlined a particular view of business, saying "The only prerequisite to conducting business is, and should continue to be, whether the customer can meet the business' requirements for purchase."

For Tedesco, however, the Colorado civil rights commission's ruling against Phillips in effect imposed a "religious test on being in the wedding industry." Its impact could mean a different future.

"If you have a sincere religious conviction, whether you're Muslim or Jewish or Christian, and you can't promote that idea in the art that you create, you can't be in that industry," he said. "That does far more damage to the principles of a free society than anything the other side tries to claim."

Supporters of Masterpiece Cakes, among them the U.S. Conference of Catholic Bishops, the Colorado Catholic Conference, the Catholic Medical Association and other Catholic nonprofits, have also submitted amici curiae briefs.

Those briefs emphasized that religious freedom and the free exercise clause of the First Amendment guarantee individuals the right to seek the truth in religious matters "and then adhere to that truth through private and public action."

Some of the companies siding against the bakery have previously made similar First Amendment arguments on their own behalf.

In April 2016, Apple opposed a proposed religious freedom law in the state of Georgia. At the same time, it argued against a court order requiring it to create a backdoor to its software encryption, after the FBI said the company was blocking access to information on the iPhone of a suspect involved in the San Bernardino mass shootings.

The company argued that computer code is protected speech and the court order "amounts to compelled speech and viewpoint discrimination in violation of the First Amendment."

Some nonprofits also aim to restrict religious freedom protections, including a multi-million dollar effort being organized through groups like the Rights, Faith & Democracy Collaborative launched by the Massachusetts-based Proteus Fund.