How the Irish built Catholic America 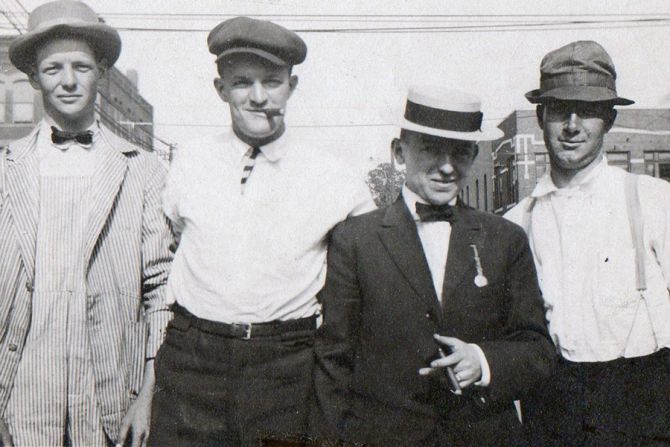 The history of Catholic America is, in many ways, an Irish story, with immigrant congregations and their descendants putting their stamp on many churches across the country.

“It was the Irish who made the Church grow,” said Michael McCormack, National Historian of the Ancient Order of Hibernians, an Irish-American Catholic fraternity, noting the early anti-Catholicism of America’s British colonies.

Christopher Shannon, a Christendom College history professor, said the Irish were “the most powerful ethnic group in the Catholic Church” in the U.S. during a wave of mass migrations from the mid-1800s to the early 20th century.

“They were disproportionately represented among the clergy, and especially over-represented among the episcopacy,” Shannon told CNA. “By the mid-nineteenth century, Irish clergy had taken the lead in church building to serve the immigrant populations of the industrial cities of the East Coast and the Midwest.”

“Except for churches founded explicitly by non-Irish groups seeking to maintain their distinct ethnic traditions, every church in the immigrant city was a little Irish,” he continued. “The great cathedrals of these cities—the Basilica of the Assumption in Baltimore, the Cathedral Basilica of Saints Peter and Paul in Philadelphia, and of course, St. Patrick’s Cathedral in New York City—were most certainly Irish-built.”

“They weren’t very rich, they settled in the poorest part of the city, but their pennies built St. Patrick’s Cathedral,” he said.

For Shannon, Old St. Patrick’s Church on West Adams Street in Chicago is “an example of one of the most Irish churches in America.” For his part, McCormack invoked the work of Irish-born frontierswoman and gold prospector Nellie Cashman, who helped build churches from Tombstone, Ariz. to Anchorage, Alaska.

Several years ago the Ancient Order of Hibernians launched a project to gather information on what Irish-Americans had donated to the Catholic Church.

“We got a slew of information from churches that had been built by the Irish all across the country,” said McCormack. “Railroad workers, canal diggers, whatever you want to call them, they built the Church. We started collecting photographs of stained glass windows donated by the Irish to the churches that they built. We were absolutely floored by the numbers that came in.”

They collected over 500 photographs of windows in churches that had been donated by Hibernian groups.

“This was a significant indication that it was the Irish who not only built but supported the churches, but continued ongoing support of the churches,” said McCormack.

Churches served as community centers when Irish-born immigrants and their families were low in social and economic status and faced prejudice.

“The church provided a gathering place for them, to get together and socialize. It brought communities together, to a large degree,” McCormack said.

“For the Irish, the parish was the center of their lives, and the church building was the center of the parish,” Shannon explained. “The church was far more than just a place to go to Mass on Sunday. It was a social center with a full range of activities—from devotional societies and charity organizations to sports and recreation. And of course, many parishes also had parochial schools.”

Shannon noted that before the dominance of the automobile, the parish was “a walkable community.”

“Between church and school, Irish children could grow up largely within a fairly self-contained, local Catholic community,” he said. “If this could for some appear oppressive and claustrophobic, for most the immigrant and ethnic parish provided a sense of security, community and identity that few parishes, indeed few social institutions of any kind, can claim in America today.”

McCormack finds these communities endure in the small towns of upstate New York.

“Those parishes are funded by fundraisers that are run by Irish organizations and Irish people. The Ancient Order of Hibernians, for one, is a strong Irish Catholic organizations that donates and continues the food drives at the Catholic churches across the states,” he said.

Shannon said the strength and vitality of urban parish life was the foundation of Catholic vitality in America from 1850s to the 1950s.

“We should welcome the new emphasis on personal spirituality that has grown since the Second Vatican Council, but the historic experience of the urban ethnic parish is the most powerful reminder that the Church is not simply a collection of individual seekers, but a communion of saints, the Body of Christ,” said Shannon.

“The poor still realize this in their daily struggle to survive. Middle-class Catholics who have achieved a degree of material security may not need the parish in the way that immigrants once did, but one does not have to look too far to see the spiritual and cultural poverty that have accompanied middle-class prosperity.”

McCormack said the unity of these immigrant Irish parishes is a lesson for today.

“We are one people, we are one community. The unity that holds the community together is largely centered around the faith,” he said.

While many young people are starting to lose that sense, McCormack said that the Ancient Order of Hibernians finds that as young people get older, they start to accept their faith and heritage and start to come back.

Speaking ahead of St. Patrick’s Day, McCormack lamented that the media and the general public use the day to “poke fun at the Irish, thinking it’s a big joke.” He noted the “nasty Irish jokes” such as Irish-themed T-shirts with “Drunk-meters” on them, “which are really not the Irish people” and “really not the Irish heritage.”

Shannon suggested that contemporary Catholics should learn from the experience of the Irish and other immigrants “a desire to commit themselves to making the parish the center of their lives, encompassing the full range of life activities, from the serious to the trivial.”

The ability to walk to one’s parish church can be very important, he suggested: “Community will never survive or thrive as a state of mind—it must be a physical place.”

This article was originally published on CNA March 16, 2018.