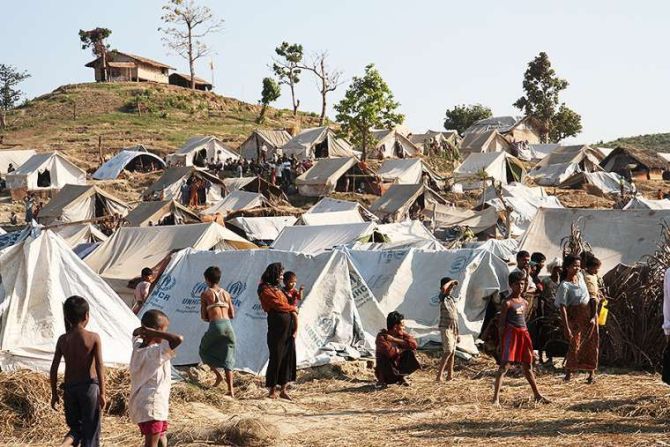 "I am deeply concerned, but not surprised, that UNFPA views the deeply held values of an already victimized community as an obstacle to their goals rather than something to be respected," said Nadja Wolfe, director of advocacy at the World Youth Alliance, a human rights group which promotes the dignity of the human person.

"Rohingya women deserve healthcare that meets their needs and respects, rather than undermines, their values," Wolfe told CNA.

The Rohingya are a largely Muslim ethnic group who reside in Burma's Rakhine State. Facing state-sponsored violence in their homeland, more than 660,000 have fled to neighboring Bangladesh for refuge and currently reside in camps.

On April 17, the United Nations Population Fund (UNFPA) and the Bangladesh Family Planning Directorate signed an agreement to provide Rohingya refugees both short and long-term contraception, maternal health services, and record keeping. The campaign is offering around 8,600 implants and 600 other IUDs for the refugees in camps, as well as other methods of birth control, such as pills and condoms.

However, many of the refugees hold deep-seated cultural and religious objections to birth control.

Bangladesh and UN officials promoting the contraception campaign said they are recruiting interpreters, midwives, volunteers and paramedics in an attempt to convince the Rohingya women to accept contraception.

"We plan to recruit eight interpreters who can provide counseling to convince them [about contraception]," said Kazi Mustafa Sarwar, a family planning official for Bangladesh, according to The Irrawaddy.

"It's our main challenge, as we have yet to make them convinced," Sarwar continued, noting that many Rohingya women "threw condoms away when our staff supplied them," although others have accepted short-acting injectable contraceptives.

Some of the refugees have said that they wanted big families to help them survive in the camps, while other voiced religious objections to birth control. Others believe that short-term contraception is acceptable, but will refuse any long-term devices.

According to the World Health Organization, around 100,000 Rohingya children are expected to be born in Bangladesh in 2018.