Catholic elementary school students, regardless of race, sex, or socioeconomic status, have more self-control and self-discipline than their peers enrolled in either public schools or non-Catholic private schools, a recent study by the Thomas B. Fordham Institute found.

The study examined two surveys of the behavior of thousands of elementary school students enrolled in public, Catholic, and non-Catholic private schools.

According to the teachers in the surveys, students at Catholic schools engaged in fewer “externalizing behaviors,” meaning they did not fight, get angry, act impulsively, or disturb ongoing activities as frequently as students at other schools.

What’s more, Catholic school students are “more likely to control their temper, respect others’ property, accept their fellow students ideas, and to handle peer pressure.” This is true across demographic lines.

Acording to its website, the Fordham Institute promotes educational excellence for every child in America via quality research, analysis, and commentary. It is often described as a conservative think-tank.

While the study is encouraging, CATO Institute expert Corey A. DeAngelis warns that it is not causal, (as there was no real way to create a control group), and there could be other factors for a child’s good behavior than the type of school he or she attends.

Still, DeAngelis says there are reasons to believe that Catholic schools in particular could provide an environment to develop a sense of self-discipline.

DeAngelis also speculates that the close-knit nature of many Catholic schools could foster an environment which would further benefit its students.

“Children are more likely to feel engaged and interested in a school with a strong school culture,” he explained.

One Catholic school system with a strong culture is the Cristo Rey Network. Cristo Rey schools exclusively serve underprivileged students, and the majority of its students are students of color. Its unique Corporate Work Study Program puts Cristo Rey students to work in an office environment to pay their tuition. The average Cristo Rey student is about two grade levels behind their peers, but despite this, about 90 percent of graduates will enroll in college.

“Catholic school students may exhibit more self-discipline and self-control than their peers in other schools because of the consistent and high expectations set for such behaviors by all of the adults in the school,” Goettl. These behaviors are then modeled by older students as well as teachers, which Goettl believes has a trickle-down effect on other students.

The Fordham Institute’s study is positive news for those in favor of school choice programs.

Sr. Dale McDonald, PBVM, Ph.D., the director of public policy and educational research at the National Catholic Educational Association, told CNA that she supports these programs, as “the child should not be punished for the parents’ inability to pay.”

“Poor families should be able to freely exercise their religions even if they need a voucher to do so.” Dr. Tom Burnford, president and CEO of the National Catholic Educational Association, spoke to CNA&rsquo;s Jonah McKeown during Catholic Schools Week 2018 about his Catholic education&nbsp; and the evangelizing mission of Catholic schools in the United States. 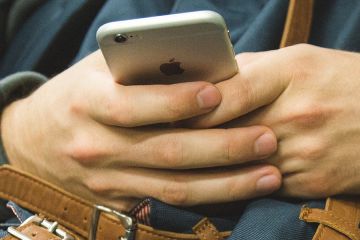