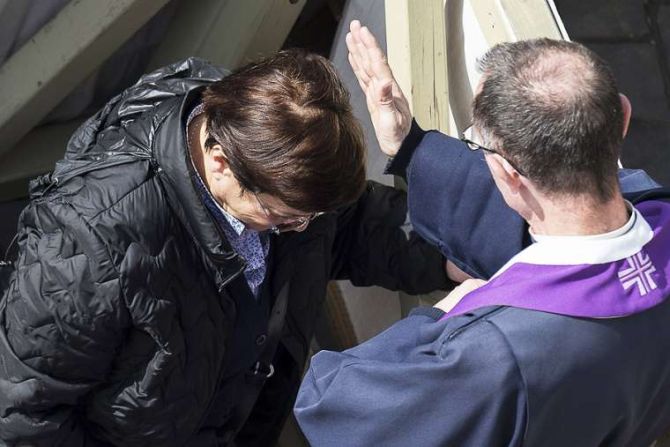 "The state will be requiring us as Catholic priests to commit as what we regard as the most serious crime and I'm not willing to do that," said Fr. Michael Whelan, a parish priest at St. Patrick's Church in Sydney, according to local news.

Fr. Whelan added that he, along with other priests, would be "willing to go to jail" rather than break the seal of confession. When asked if the Church was above the law, Whelan said "absolutely not" and remarked he would only be protecting religious freedom.

"…when the state tries to intervene on our religious freedom, undermine the essence of what it means to be a Catholic, we will resist," he said.

On June 7, the Australian Capital Territory Legislative Assembly in Canberra passed a law which requires religious organizations to adhere to the requirements of the Reporting Conduct Scheme, which requires religious groups to report any allegations, offences or convictions of child abuse within 30 days. This legislation extends to the seal of confession, making it illegal for priests to fail to report the confession of a child sex abuse crime.

South Australia has adopted a similar law, which will take effect Oct. 1, and New South Wales is considering the measure.

Fr. Whelan believes the rest of the nation will follow the royal commission's recommendation.

"I expect every jurisdiction in Australia now will follow that recommendation and I expect the church throughout will simply not observe it?" Whelan said.

Whelan noted additional concerns with the law, saying the only way to ensure the law was being followed would be to "try and entrap priests."

Instead, Whelan believes other precautions against child sex abuse should be taken, such as encouraging the perpetrator to confess to the police.

Clergy are not the only critics of the new legislation. Andrew Wall, a member of the Australian Capital Territory Legislative Assembly, said forcing priests to break the seal of confession oversteps an individual's "freedom of association, freedom of expression and freedom of religious rights."