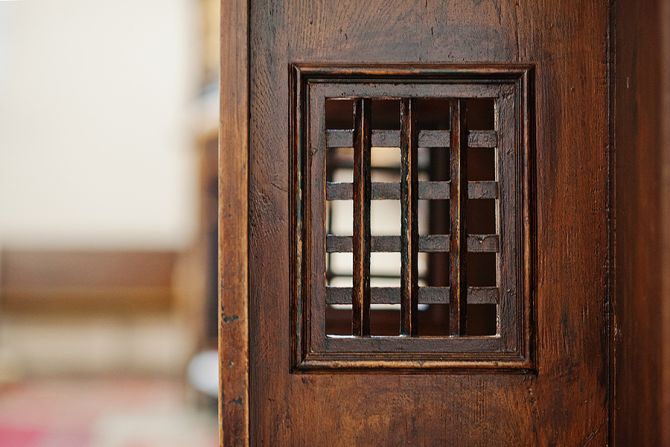 In an Aug. 31 response to the Australian Royal Commission's report on sex abuse, the Australian bishops' conference considered hundreds of specific recommendations made by the report.

While welcoming the substance of the report, which was published in December 2017, the Australian bishops' defended the sacramental seal, which the report said should be violated if a priest came to know of an allegation of abuse through confession.

"We are committed to the safeguarding of children and vulnerable people while maintaining the seal. We do not see safeguarding and the seal as mutually exclusive," wrote Archbishop Mark Coleridge of Brisbane and Sister Monica Cavanagh, president of Catholic Religious Australia, in a co-authored preamble to the 57-page response.

"Bishops and religious leaders have accepted or accepted in principle or supported 98 percent of the Royal Commission's recommendations. The one recommendation we cannot accept … refers to the seal of the Sacrament of Penance. This is because it is contrary to our faith and inimical to religious liberty," Coleridge and Cavanagh explained.

Three Australian states have already adopted laws making it an offence for priests to fail to report the confessions of child sex abuse. However, priests in these states -- the Australian Capital Territory, South Australia, and Tasmania -- have said that they are "willing to go to jail" rather than break the seal of confessional.

Other recommendations by the Royal Commission into Institutional Responses to Child Sexual Abuse included requests that the Holy See change canon law in some areas, such as abolishing the statute of limitations in cases of sexual abuse. The Australian bishops noted that they had passed along these requests to the Holy See.

The Royal Commission also recommended that the Australian bishops request the Holy See consider voluntary celibacy for diocesan clergy and "implement measures to address the risks of harm to children and the potential psychological and sexual dysfunction associated with a celibate rule of religious life," including a consideration of "shorter terms of celibate commitment, and/or voluntary celibacy."

The Australian bishops responded that they are "seeking expert theological and canonical advice and .. is in consultation with the Holy See." The Catholic Religious Association will also commission research on potential dysfunctions associated with celibate life.

"Inadequate initial and continuing formation of priests and religious for celibate living may have contributed to a heightened risk of child sexual abuse, but not celibacy as a state of life in and of itself," the bishops responded.

Australian Associated Press said that Archbishop Coleridge told reporters on Friday, "There is a dark side to celibacy. I am the first to admit it, especially when it is accompanied by poor formation." But the bishops emphasised that the Royal Commission did not find "a causal connection between celibacy and child sexual abuse."

The Anglican church in Australia, which allows for married clergy, had nearly 1,100 child sexual abuse claims over the 35 years, according to the final report of the commission, which was released in Dec. 2017.

The five-year inquiry examined sex abuse in Australian schools, churches, and sports clubs, and has set up a government program to financially compensate victims.

The Catholic church was the first non-government institution in Australia to commit to this financial compensation program, which started on July 1, 2018, and will offer compensation totally $2.9 billion to approximately 60,000 Australians.

Earlier this year, Archbishop Philip Wilson of Adelaide was convicted of failing to report sex abuse by a priest in the 1970s. Pope Francis accepted Wilson's resignation in July.

In April, Cardinal George Pell pleaded not guilty to several charges of sexual abuse from the 1970s and 1990s. Pell is currently on a leave of absence from his role as the Vatican's Prefect of the Secretariat for the Economy.