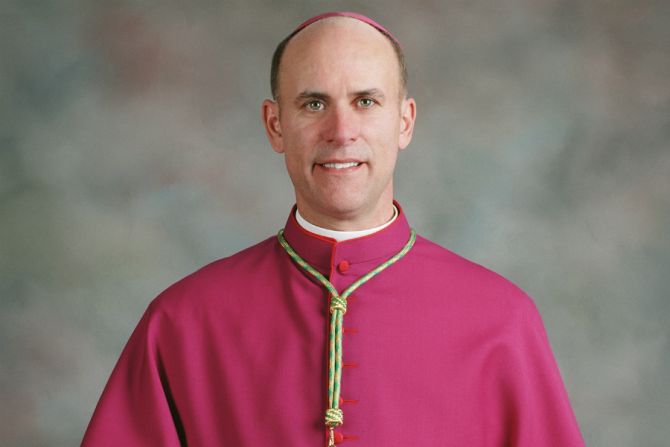 A district attorney in Pennsylvania cleared Bishop Kevin Rhoades of Fort Wayne-South Bend of any wrongdoing Thursday, and both the district attorney and the Fort Wayne diocese lamented that unnecessary harm was done to the bishop by speculation going public.

"After a full investigation, the Dauphin County District Attorney has determined that there is no basis to conclude that Bishop Kevin C. Rhoades ever engaged in a criminal or otherwise improper relationship with a person whom we will refer to as J.T.," read a Sept. 13 statement by Francis Chardo, Dauphin County district attorney.

A cousin of J.T. (who died in 1996) had contacted the Diocese of Harrisburg saying he recalled Rhoades having travelled with J.T. when J.T. was a minor, and that he thought it was odd and was compelled to report it. Harrisburg is the seat of Dauphin County.

The suggestion of impropriety was leaked to the press.

The Diocese of Fort Wayne-South Bend stated that "While it's important that allegations be brought forward, it's equally important for due process to take place. The result of this investigation underscores the importance of allowing appropriate authorities to determine credibility of accusations before the reputation of any individual is impugned in the court of public opinion."

Similarly, Chardo wrote that "This has been a case of a public airing of mere speculation of impropriety with no foundation. In this case, the leaking of what turned out to be an unfounded report did unnecessary harm. This has done a disservice to actual victims of sexual abuse. It has also caused significant and unnecessary harm to Bishop Rhoades."

He encouraged "reports of any suspicion of the abuse of a child to law enforcement," while adding that "once reports are made to proper authorities, they should be fully investigated without public speculation about guilt. Where appropriate, we will bring charges. Here, we found no evidence of wrongdoing. We now regard this case as closed."

Chardo explained that J.T. turned 18 in July 1988, and that Rhoades had no connection to J.T.'s parish until that month, and that he "would have had no opportunity to even meet J.T. before July 1988. In fact, he did not meet J.T. until almost two years later."

Rhoades first met J.T. in 1990 at the Dauphin County Prison, the district attorney found. J.T.'s mother had asked Rhoades to visit her son in prison. Bishop Rhoade's recollection of events coincided with the records of the county jail, Chardo noted.

J.T. was paroled April 6, 1990, after Rhoades told a court that J.T. could do community service at his parish.

"During the time that J.T. was doing community service and spending time at St. Francis Parish, Father Rhoades decided to make a trip to Puerto Rico," Chardo wrote. "A friend of Father Rhoades, a teacher, who was considering the priesthood, also made the trip. Upon learning of the impending travel to Puerto Rico, J.T. asked if he could also join the trip so that he could visit his grandmother there. Father Rhoades agreed. All three men made the trip to Puerto Rico and there was no sexual or intimate contact between them. We interviewed the teacher by telephone as he lives in England … He confirmed Bishop Rhoades' account of the trip and that there was no sexual or intimate contact between Father Rhoades and anyone else during the trip."

J.T.'s mother was also interviewed by detectives, and she "corroborated Bishop Rhoades' account," confirming that the Puerto Rico trip took place when J.T. was in his 20s, and that "she never had any indication of sexual contact between J.T. and Father Rhoades."

Chardo noted that the investigation began with a report by one of J.T.'s cousins to the Harrisburg diocese that he recalled Rhoades "had travelled with J.T. to Puerto Rico twice and South America once when J.T. was 13 or 14 years old. The cousin did not witness any sexual or unlawful acts and did not receive information relating any such acts from any source. The cousin merely thought the conduct he remembered was odd and so he felt compelled to report it. The Diocese promptly forwarded the report to the Dauphin County District Attorney."

The district attorney noted that when he was re-interviewed, "the cousin indicated that he was not certain of the timeframe but he was sure that the contacts between J.T. and Father Rhoades occurred after 1986, based upon a milestone in his own life. He conceded that it may very well have been when J.T. was in his late teens or early twenties."

"Based upon the records relating to Bishop Rhoades' assignments and the interviews of Bishop Rhoades and J.T.'s mother, we have determined that Bishop Rhoades first came in contact with J.T. at the request of his mother while J.T. was an adult inmate of the Dauphin County Prison. This contact was in the context of religious outreach to an inmate to provide spiritual guidance."

Chardo also determined that the trip to Puerto Rico "occurred when J.T. was an adult" and that "this was the only time that Bishop Rhoades travelled with J.T."

"The report relating to multiple trips was the result of an honest, mistaken recollection and the passage of nearly three decades. All of Bishop Rhoades' contact with J.T. was in the context of pastoral care and arose out of the recognized tradition of prison ministry."

Chardo noted that J.T.'s name was not disclosed "because the report by a member his family was made confidentially and without the expectation that it would be publicly aired."

He added that "no witness has alleged observing any criminal or improper conduct by Bishop Rhoades with respect to J.T., and that "Bishop Rhoades and the family of J.T. fully cooperated in the investigation."

The Fort Wayne-South Bend diocese noted its appreciation of "the swift and thorough investigation into the unsubstantiated allegation against Bishop Kevin C. Rhoades. As anticipated, the investigation exonerated Bishop Rhoades."

The diocese said it "stands firm in sympathy and support for all victims of child sexual abuse and encourages victims to report allegations."

Bishop Rhoades commented, "I have offered up the pain of this difficult time for the victim survivors of child sexual abuse." 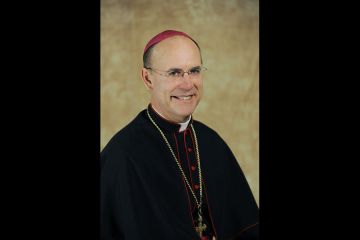 An allegation of misconduct has been filed against Bishop Kevin Rhoades of Fort Wayne-South Bend and is being investigated by the district attorney’s office. The nature of the alleged misconduct is not clear.