Did Pope Francis call himself 'the devil?' 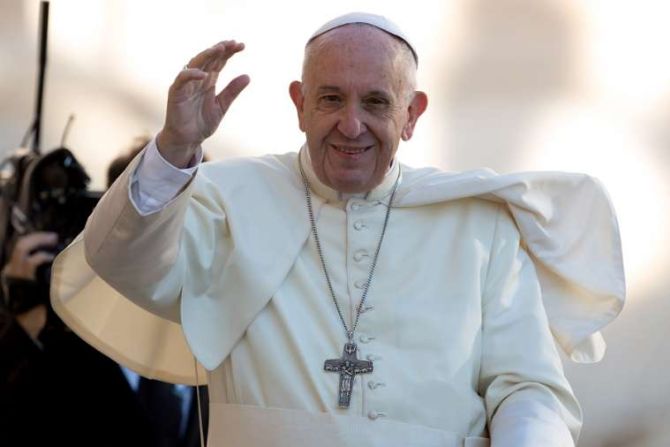 Traveling Saturday to Lithuania, Pope Francis joked that, in the eyes of some, Pope St. John Paul II is considered a saint while he himself is considered "a devil."

The pope's joke came amidst a Sept. 22 conversation with journalists, the Associated Press reported, during which he was presented a book about Pope St. John Paul II, written by long-time papal photographer Grzegorz Galazka.

Francis joked as he examined the book, reportedly telling reporters "[John Paul II] was a saint, I am a devil."

"No, you are both saints!" Galazka responded.

The pope has shown a similar penchant for self-deprecating humor in the past.

Talking with reporters in August, he said his role in securing Italy's reception of controversial controversial migrants had been that of "the devil's paw."

In January, Francis joked with cloistered nuns in Peru that they had come to hear him speak only "to get out of the convent a bit to take a stroll."

The pope's trip to Lithuania is the start of a four-day trip through the Baltic states, during which Pope Francis will visit Lithuania, Latvia, and Estonia, before returning to Rome Sept. 25.