Can Americans today afford to have kids? 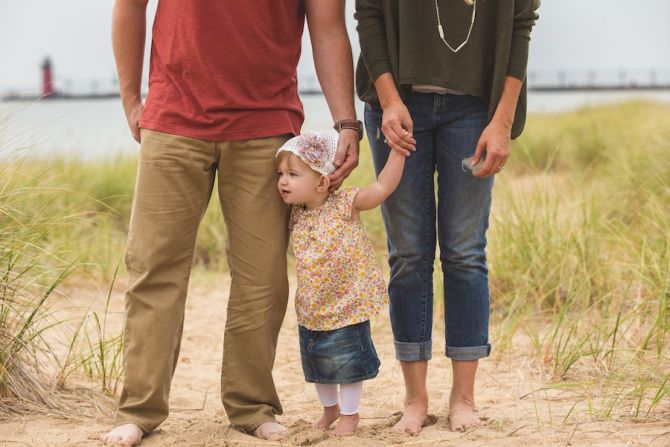 When Alicia Hernon realized she was pregnant with her eighth child, her first reaction was to start crying.

But while the process was a difficult one, she and her husband Mike were able to make ends meet and went on to welcome two more children into their family.

And it was worth it, the Hernons told CNA.

While raising children has required financial sacrifices, Alicia said, "I know we have become better people because of that."

The Hernons are far from alone in wondering how they will be able to afford children. In fact, the vast majority of Americans raising children are facing financial difficulties, according to the 2018 American Family Survey, released last week.

Of those who have children at home, 73 percent say they worry about being able to pay at least one monthly bill, and 44 percent have faced an economic crisis in the last year – being unable to pay an important bill or going without food, medical care or housing due to financial difficulty, the survey found.

For both men and women who do not currently have children, the cost of raising a child was the top consideration in deciding whether to become parents, ranking ahead of current relationship status, desire to raise a child of one's own, and difficulty of balancing family and career.

Anthony Granado, director of the Office of Domestic Social Development for the U.S. Conference of Catholic Bishops, said that while the data may seem surprising, it is consistent with other recent studies on the economy and American families.

He pointed to a 2017 study by the Federal Reserve showing that 40 percent of Americans would not be able to come up with $400 for an emergency expense, without borrowing from someone or selling a possession.

While the economy has turned around since the Great Recession, Granado told CNA, this doesn't show the whole picture.

"If you're only looking at GDP as your sense of economic progress in the country, you're missing how the unemployed, underemployed and poor people are faring in the country," he said.

Although unemployment rates are at historic lows, Granado said, many of the jobs that have been created have been low-wage or part time jobs, with few to no benefits.

And while there has been an uptick in overall U.S. wages, the largest wage growth has come for the top 10 percent of Americans, he said, while those with lower incomes have seen their wages increase at a slower rate than the cost of living.

Recent data from the Department of Labor indicates that the cost of living in the United States is increasing at its fastest pace in a decade. Soaring costs of college tuition have left many graduates with tens of thousands of dollars in student debt, and increasing housing, health care and child care costs in many parts of the country compound financial struggles.

"Therefore, you have in effect a loss of wages, a loss of buying power. This is clearly affecting families…average and lower income people are not doing as well," Granado said.

"If you don't have the economic means or the benefits through your employer to help provide those things, people are definitely going to be dis-incentivized to have children, which is a bad thing, because we want to promote flourishing families."

Family structure may also be playing a role in financial well-being, as marriage rates have declined in recent years.

"Marriage is definitely associated with greater financial stability for families," said Dr. Scott Stanley, research professor and co‑director of the Center for Marital and Family Studies at the University of Denver.

This is partly because "those with better resources are much more likely to marry than those with less," but the nature of marriage is also relevant, he told CNA.

A February report from the Institute for Family Studies – where Stanley serves as a senior fellow – found that only 50 percent of children in the U.S. are currently being raised by both their married biological parents throughout childhood.

Of the other 50 percent, nearly half are being raised by just one parent. The IFS report also highlighted the "abundant evidence" that children fare better when both of their biological, married parents raise them throughout childhood.

In addressing the complex causes of financial insecurity, there is no silver bullet, Granado said.

"Everyone has a role to play in the common good," he explained. This includes individuals, families, organizations, companies, and government.

"There is a definite positive, proactive role for the government, the public authority," Granado said. "This has been a hallmark of Church social teaching for centuries."

This does not mean that the Church advocates for a state-centered society, he clarified – there is a need for charitable acts and individual responsibility.

"But at the end of the day, even if you look at the numbers Catholic Charities has across the country, there are so many people [in need], they are not able to help everybody, they just don't have those resources," he said.

"So long as people are not making the wages necessary to care for themselves and their families, there has to be something there to assist them."

The U.S. Conference of Catholic Bishops has been calling on the federal government to address wages and other factors causing families to struggle, Granado said.

The Hernons – who today have 10 kids and run The Messy Family project and podcast – offered suggestions for those who want to have children but are concerned about their financial situation.

They cautioned against allowing materialism and the allure of Pinterest-perfect purchases to blur the lines between wants and needs.

Kids can share bedrooms, clothes and toys, and a 16-year-old does not need their own car, Alicia said. Shopping at thrift stores and making gifts instead of buying them are other creative ways that families can save money, she added.

As the kids get older, they also contribute, the Hernons said. By the time their kids reach their mid-teens, they pay for their own cell phones, non-essential clothes and video games. This not only eases the financial burden on the family, but also teaches the children hard work, responsibility, and wise money management.

Families may need to forego expensive vacations and opt for simple birthday celebrations, such as a water balloon fight in the backyard rather than an expensive party, the Hernons said. But ultimately, these sacrifices are what make parents into better people.

They advised couples to discuss finances before marriage to make sure they are on the same page about their goals. They also recommended living on a single income when a couple is first married, so one parent can more easily stop working or cut back on hours once children are born.

"One of the things I've found is that saying yes to God's gift of life has always come with blessings," Mike reflected.

Ultimately, he said, the Church must remind society of the true value of children and family life.

"I think that we [as a culture] have lost a real sense of the joys of family life, in that we are seeing the financial burden first, rather than the joy in it," he said. "As Catholics, we need to do a more effective job of sharing and celebrating the joy of family life." Cost of raising children a major obstacle for US families, study finds

The overwhelming majority of U.S. families with children at home worry about paying their bills each month, and the cost of raising a child today is a significant factor in deciding whether to become parents, according to a recent study.