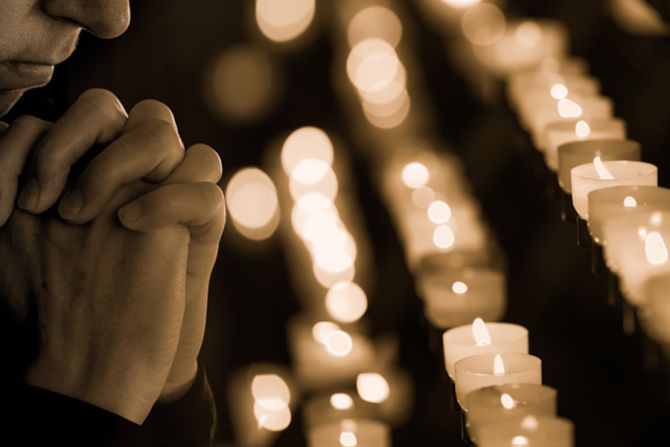 While religious leaders marked the 70th anniversary of the Universal Declaration of Human Rights this week by saying that more should be done to preserve human rights, both Iran and China detained upwards of 100 Christians.

The United Nations declaration, which was proclaimed Dec. 10, 1948, affirms that "Everyone has the right to freedom of thought, conscience and religion; this right includes freedom to change his religion or belief, and freedom … to manifest his religion or belief in teaching, practice, worship and observance."

Pope Francis told a conference meeting on human rights Monday that everyone is "called to contribute with courage and determination, in the specificity of their role, to the respect of the fundamental rights of every person."

And ahead of the declaration's anniversary, the Holy See's representative to the United Nations said the occasion presented an opportunity to "reaffirm faith in fundamental human rights," while also warning that parts of the world are experiencing the consequences of failing to uphold those rights.

Thus, according to Open Doors UK, 114 Christians were arrested last week in Iran. And the New York Times reports that in China's Sichuan province, a Protestant pastor and more than 100 members of his congregation were detained Dec. 9.

In China, the Sunday raid was conducted at Early Rain Covenant Church, an underground community in Chengdu, which is led by Wang Yi. Some members of the ecclesial community were released Dec. 10, but were then put under house arrest.

Wang is a prominent human rights activist; he met with US president George W. Bush in 2006 to discuss religious freedom in China.

Sam Brownback, the US Ambassador at Large for International Religious Freedom, tweeted about the raid, saying, "we're deeply concerned" about the government "crackdown on house churches."

"We call on China to release leaders/congregants & allow members of unregistered churches to exercise their #ReligiousFreedom rights," Brownback wrote.

Religious freedom is officially guaranteed by the Chinese constitution, but religious groups must register with the government, and are overseen by the Chinese Communist Party. President Xi Jinping has in recent years pushed for the Sinicization of religion and strengthened government oversight.

China has practiced greater repressions of Muslims in recent years; it is believed that as many as 1 million Uyghurs, a Muslim ethnoreligious group in China's far west, are being held in extra-legal detention.

The Telegraph reported Dec. 10 that many of the Christians detained in Iran last week were converts from Islam. They were instructed to cut off ties with Christian groups and to relate the story of their Christian activities.

Shia Islam is the state religion of Iran, though several religious minorities are recognized and granted freedom of worship. However, conversion from Islam is strictly prohibited.

Jeff King, president of International Christian Concern, told the Telegraph that the reinstatement of sanctions on Iran by the US "has contributed to the government's ever-increasing dependence on hardline Islamic ayatollahs, who naturally see Christianity as a threat to their power. For this reason, it's not surprising that we're seeing an increase in Christian persecution."

An Open Doors spokesperson, Zoe Smith, commented that the increase in arrests of Christians "follows an established trend of the Iranian government – as the number of converts to Christianity increase, so the authorities place greater restrictions on churches," adding that "the restrictions are worse for churches seen to be attended by Christians who have converted from Islam." In Iran, conversion to Christianity can be a crime meriting a sentence of more than 10 years imprisonment.

Chinese human rights activist on Vatican-China deal: 'A slap in the face'

Chinese human rights activist Chen Guangcheng called the Vatican’s pact with China over the selection of bishops “preposterous” in a sharp critique of the Sino-Vatican agreement published Monday. Seven decades after its proclamation, the Universal Declaration of Human Rights is still being hailed as “a great triumph achieved at a tremendous cost,” in the words of St John Paul II.