Pope Francis approved Tuesday the next step in the canonization causes of 17 women from four countries, including the martyrdom of 14 religious sisters killed in Spain at the start of the Spanish Civil War.

After meeting with the prefect of the Congregation for the Causes of Saints, Cardinal Angelo Becciu, Jan. 15, the pope gave his approval to the declaration of the martyrdom of Sr. Maria del Carmen and 13 companions, all religious sisters of the Order of Franciscan Conceptionists, who were killed in Madrid in 1936.

Francis also approved a miracle attributed to the intercession of the Swiss laywoman Bl. Marguerite Bays, paving the way for her canonization in 2019.

Bays, who was born in La Pierraz, Switzerland in 1815, was a member of the Secular Franciscan Order. She never married but gave her life to the needs of the people of her parish and neighborhood, especially the sick and dying, children and young girls, and the poor, whom she called “God’s favorites.”

After developing intestinal cancer at the age of 35, Bays asked Our Lady to intercede that her suffering from cancer would be exchanged for a suffering more directly connected to the suffering of Christ at his Passion.

The holy woman was miraculously healed of the cancer Dec. 8, 1854, the day Bl. Pius IX declared the dogma of the Immaculate Conception. After the healing, Bays began to experience a sort-of ecstatic immobilization every Friday, where she would relive physically and spiritually the events of Christ's passion. Bays also received the stigmata.

Bays’ deep devotion to prayer, which had been a focus of her life since childhood, included a strong love for the Blessed Virgin Mary and for praying the rosary. She also loved the Eucharist and spent many hours in adoration. 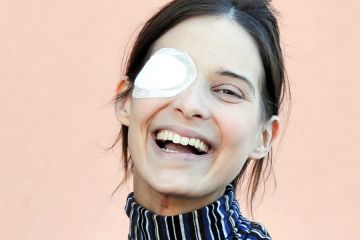 Will this young Italian mother be made a saint? Canonization cause gets underway

A formal call for testimony has been issued, the first step of an investigation into the possible sainthood of Chiara Corbella Petrillo, a young Italian mother who died in 2012.