The Diocese of Burlington is joining two students and their parents in filing a federal lawsuit challenging a Vermont policy that excludes students at private religious schools from taking part in a college credit program.

The Dual Enrollment Program in Vermont allows high school students to take college courses funded by the state. Students from public schools are eligible, as are students from secular private schools, and homeschooled students. However, attendees of private religious high schools are excluded from the program.

But plaintiffs in the lawsuit say the dual enrollment situation is different, since the state is paying for college courses, not the tuition for a religious high school.

Two students from Rice Memorial High School, along with their parents and the Diocese of Burlington, which runs the school, filed the federal suit on Tuesday.

"Vermont is discriminating against students purely based on which kind of school they come from," said Christen Price, legal counsel with Alliance Defending Freedom, which is representing the students, parents and diocese in the lawsuit. "Vermont's program includes public, private secular, and home-school students. Only students from private religious schools are completely excluded."

"Students should have every opportunity to pursue their educational goals. That's especially true in this case, where the government isn't spending any money on religious education," Price said.

Alliance Defending Freedom pointed to the U.S. Supreme Court's 2017 decision in Trinity Lutheran Church v. Comer. In that case, the court ruled that a state cannot deny public benefits to religious entities simply because they are religious.

"The government is constitutionally required to treat religious people equally," Price said, adding that "a state cannot discriminate against students by excluding them from generally available public benefits simply because they attend a religious school."

Vermont Secretary of Education Dan French said this week that he was not sure how many schools were excluded from the program, the Burlington Free Press reported. Missouri has announced that it will start allowing religious groups to be eligible for certain state grants, although the decision may not affect a religious freedom case before the U.S. Supreme Court this week. 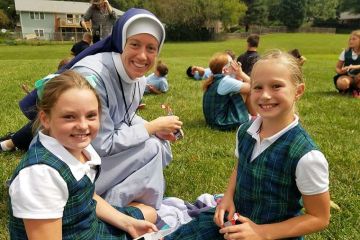