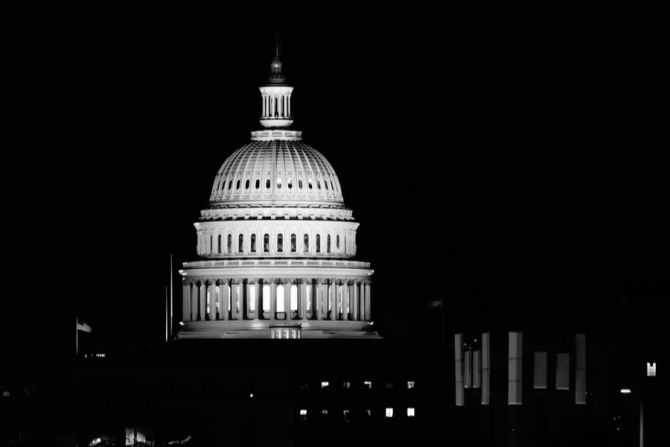 The deeply influential Open Society Foundations has announced that Tom Perriello - a former congressman, pro-abortion rights gubernatorial candidate and co-founder of controversial Catholic political groups linked to John Podesta amid speculation of a "Catholic Spring" revolution against the bishops - will oversee grantmaking and advocacy for the U.S. programs branch of financier George Soros' philanthropy network.

The foundations' Oct. 10 announcement of Perriello's new role as executive director of its U.S. programs cited his roles as diplomat, educator, and activist for human rights, civil rights, economic equality and democratic practice in the U.S. and around the world.

As executive director, his duties will include oversight of the foundations' U.S. grantmaking and advocacy in areas like civic, political and economic participation as well as accountability and effectiveness of civil society institutions. Laura Silber, communications director for the foundations, also cited work in criminal justice reform and support for high-quality journalism, the Roanoke Times reports.

"Our institutions are under attack, the rule of law is being challenged as seldom before in our history, and the very foundations of our democracy are under enormous stress," Open Society Foundations president Patrick Gaspard said in the announcement. "These times demand bold leadership, new ideas, and sharp strategic thinking."

Perriello was listed as a guest in the meeting book for the foundations' U.S. programs September 2012 board meeting in New York. His biography in the book cited his roles in helping to launch Catholics in Alliance for the Common Good, Catholics United, Faith in Public Life, and FaithfulAmerica.org.

Perriello served in Congress from 2009-2011, then served as president of the Center for American Progress Action Fund, the political wing of the Podesta-founded Center for American Progress. Perriello then took a position with the State Department analyzing U.S. diplomacy and development efforts in 2014, and was named by President Obama as special envoy to the African Great Lakes in 2015.

The co-founder of Catholics in Alliance and Catholics United made a failed bid for the Democratic nomination for Virginia governor in 2017. During this race, Perriello had major backing from Soros, who gave at least $500,000 to his campaign. Three of Soros' sons gave another $185,000, while Donald Sussman, a hedge fund manager and a board member of the Center for American Progress, gave $300,000, the Washington Free Beacon reported in June 2017.

Perriello on his gubernatorial campaign website said "I have always been pro-choice." He voiced opposition to a ban on abortion 20 weeks into pregnancy. He backed a state constitutional amendment to guarantee legal abortion in the event the U.S. Supreme Court overturns precedent. He advocated the removal of abortion restrictions such as a 24-hour waiting period, mandatory counseling and mandatory ultrasounds for women seeking an abortion.

After the 2017 election, Perriello joined the board of directors of the Virginia League for Planned Parenthood.

He also praised Soros, telling the Roanoke Times in November, "I think a lot of what he does is calling us to our highest aspirations, and I think as Americans, we also have traditionally fallen well short of those aspirations."

Soros' foundations spend about $100 million in the U.S. each year and about $1 billion worldwide. He gave $18 billion to his foundations in 2018.

Various reports established that the Open Society Foundations helped fund pro-abortion rights groups to repeal Ireland's pro-life constitutional amendment, seeing this effort as a model for change in other traditionally Catholic countries, such as Poland. The foundations gave at least $1.5 million to Planned Parenthood's damage control efforts to counter the Center for Medical Progress videos appearing to show the abortion provider and other pro-abortion leaders involved in the illegal for-profit sale of fetal tissue and unborn baby parts. As part of a funding collaborative at the Proteus Fund, the foundations helped gay marriage become legally recognized in the U.S.

The foundations funded groups that sought to use Pope Francis' visit to the U.S. to influence the 2016 elections and to cultivate influence within the Catholic Church. These include Faith in Public Life, which foundation documents describe as a partner organization with Catholics in Alliance.

Catholics in Alliance itself received at least $450,000 in funding from the Open Society Foundations, then known as the Open Society Institute, from 2006 to 2010. An internal foundations document from 2009 cited the group's key role in influencing Barack Obama's controversial 2009 Notre Dame speech, and praised its campaigns that "broadened the agenda" of Catholic voters to see abortion as just one of several election issues.

Catholics United effectively merged with Catholics in Alliance for the Common Good in 2015.

The two groups were founded in the wake of then-Sen. John Kerry's defeat in the 2004 presidential election campaigns. This loss was in part attributed to the failure of Democrats to sway religious voters. The two groups engaged in various forms of religious commentary, activist organizing, issue advocacy, and political campaigning.

Ahead of the 2012 election, Catholics United told pastors of Florida Catholic churches they had a network of volunteers monitoring election-related speech in churches for reputed illegal political activity. Local Catholic leaders said appeared to be "an attempt to silence pastors on issues that are of concern to the Church this election season."

The same group criticized the Knights of Columbus for its work to support civil marriage as a union of only a man and a woman.

Its state affiliate Keystone Catholics criticized Philadelphia's Archbishop Charles J. Chaput on matters like his interpretation of Pope Francis' "Amoris Laetitia," his critical approach to LGBT political causes, and his refusal to allow the 2015 World Meeting of Families to be a platform for groups to lobby against Church teachings.

Catholics United received funding from the Gill Foundation, founded by savvy LGBT strategist and millionaire Tim Gill. The group was a partner on the website of the Arcus Foundation, which has funded dissenting Catholic groups and other religious organizations to advocate on LGBT issues, among others.

Ahead of the 2016 elections, the site Wikileaks posted 2012 emails apparently involving Hillary Clinton campaign chief John Podesta, at a time of significant Catholic controversy over mandatory health plan coverage of contraception. His email responded to Sandy Newman's suggestion of a "Catholic Spring" revolution within the Church which, in Newman's vivid words, "Catholics themselves demand the end of a middle ages dictatorship and the beginning of a little democracy and respect for gender equality in the Catholic church."

Podesta, a former chief of staff for President Bill Clinton, replied: "We created Catholics in Alliance for the Common Good to organize for a moment like this. But I think it lacks the leadership to do so now. Likewise Catholics United. Like most Spring movements, I think this one will have to be bottom up."

According to Open Society Foundations internal documents from 2009, the departure of Catholics in Alliance co-founder Alexia Kelley to join the Obama White House left the group "without strong leadership." Kelley is now president and CEO of the influential philanthropy consortium Foundations and Donors Interested in Catholic Activities.

Catholics in Alliance did draw opposition from Catholics for Choice, a pro-abortion rights group not acknowledged by the U.S. bishops as Catholic. In 2015, when surreptitiously filmed videos showed Planned Parenthood's apparent involvement in the illegal sale of aborted baby parts, Catholics in Alliance's then-executive director Christopher Hale voiced strong criticism of the abortion provider.

In various interviews with Hale in late 2016, Hale said his organization had changed emphasis in recent years, speaking out more against abortion than it had in the past. He said that the Podesta email did not reflect the daily work of the organization and rejecting claims his group was concerned with "the internal politics of the Catholic Church."

Hale sought to distinguish the organization's work from its funders, saying "we work with people who disagree with a lot of the work we do."

CNA contacted the Open Society Foundations and Catholics in Alliance for the Common Good for comment but did not receive a response by deadline.

George Soros outlined his philosophy and his work in a Jan. 24, 2019 speech at the World Economic Forum in Davos, Switzerland. He said he has devoted his life to "fighting totalizing, extremist ideologies, which falsely claim that the ends justify the means."

"I believe that the desire of people for freedom can't be repressed forever. But I also recognize that open societies are profoundly endangered at present," he said.

According to Soros, his foundations aimed "to open up closed societies, reducing the deficiencies of open societies and promoting critical thinking." He claimed success in undermining South African apartheid and in liberalizing his home country of Hungary and the Soviet Union itself. However, he admitted previous decades' work failed to advance an open society in China. His speech voiced criticism and concern about that country's present state, and he also warned about President Vladimir Putin's Russia.

Criticism of George Soros has become controversial in recent years and there are charges his political opponents have engaged in active sabotage. Russian hackers are believed to have targeted his foundation and released some of its internal documents to the website DCleaks.com. He has cut back on efforts in Hungary amid claims that the government there is tapping into anti-Semitic hatemongering against him; and the social network Facebook hired a public relations firm to attack Soros in seeking to undermine its own critics. He was among many prominent targets of a pipe bomb attack.

The Podesta emails were posted to Wikileaks at a critical time in the election, and some reports attribute the hacking of his email account to Russians.

Soros and Podesta are part of a wider network of wealthy funders, NGOs, and political leaders that share left-leaning or Democratic political causes and goals, and sometimes even sharing leadership, staff and funding.

The Open Society Foundations have given millions to the Center for American Progress, which it considers "the most influential think tank in our funding universe." According to the foundations' internal documents, the center also enjoys support from the Carnegie Corporation of New York, the Humanity United Fund, the Bill and Melinda Gates Foundation, and the Ford Foundation, among others.

The unexpected success of President Donald Trump's 2016 election campaign has renewed scrutiny for Republican- or right-leaning political and social advocacy, including from Catholic groups, with much focus on Steve Bannon. Bannon was executive chairman of Breitbart News before becoming chairman of the Trump campaign and then serving as chief strategist for the Trump White House.