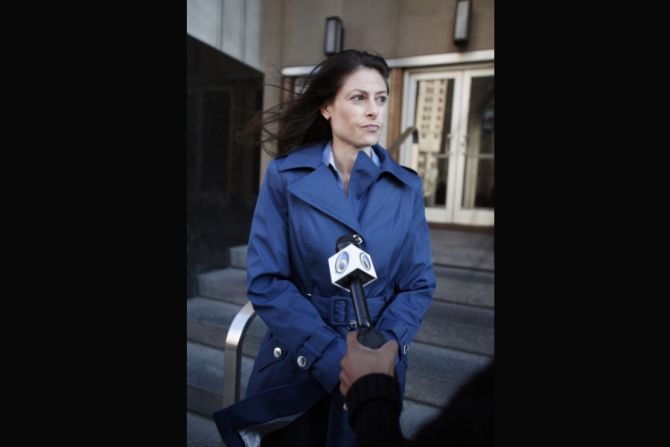 A Michigan state representative is considering opening articles of impeachment against the state's attorney general over comments that he says demonstrate an anti-Catholic bias.

State Rep. Beau LaFave told CNA in an interview that he had been worried about various public statements made by Michigan Attorney General Dana Nessel.

But the final straw was when Nessel publicly suggested that she thinks retired Judge Michael Talbot, a Catholic who has previously worked with the Diocese of Saginaw, is unfit to help Michigan State University overhaul its Title IX hearing procedures.

"There's a clear pattern of anti-Catholic religious bigotry coming out of our attorney general, and somebody needs to do something about it," LaFave told CNA.

The lawmaker said Nessel's past statements characterizing faith-based adoption agencies as "hate mongers" concerned him when Nessel was running for office.

In addition, Nessel said during state investigations into allegations of abuse in the Diocese of Saginaw: "If an investigator comes to your door and asks to speak with you, please ask to see their badge and not their rosary."

LaFave said he wanted to give Nessel the benefit of the doubt after those statements, because "perhaps she made a poor choice of words." But Nessel's stance regarding Talbot led him to issue a statement asking her to apologize.

Talbot was working with the Diocese of Saginaw last year as special independent delegate as the diocese faced allegations of covering up clerical sexual abuse. Last March the home of Saginaw's late bishop Joseph Cistone was raided by police, along with the diocesan chancery and cathedral rectory.

Saginaw County's assistant prosecutor at the time criticized the diocese for failing to cooperate in police investigations; police said the raid was executing a search warrant believed to be related to allegations of sexual abuse made against two priests of the diocese.

Talbot reportedly disagreed with the Saginaw County prosecutor on whether it was necessary to raid the home of the late bishop, who was battling cancer at the time. The prosecutor filed a formal complaint against Talbot with the Attorney Grievance Commission (AGC), which handles allegations of lawyer misconduct in Michigan.

The complaint, which alleged that Talbot's conduct was "inappropriate and bordered on obstruction of justice," was quickly dismissed as lacking merit. Nevertheless, a spokeswoman for Nessel publicly released the record of the allegation.

LaFave said Nessel "broke court rules and committed an ethics violation" by publicly releasing a sealed record of the complaint against Talbot, especially since the complaint was dismissed.

A Twitter user had tweeted the link to the article, quipping that "MSU can't mess this up any worse than they already have" but going on to imply that by hiring a Catholic judge, they had made the situation worse. Nessel retweeted the user's comments, adding: "What [she] said."

LaFave said he sees Nessel's endorsement of the user's comments as evidence of anti-Catholic sentiment against Talbot.

"By extension, and to cut through all the middle stuff, she was saying that because he's a Catholic, he's not qualified or is disqualified to do his job of crafting Title IX rules at Michigan State University because of his ties to Catholicism," LaFave explained.

Nessel took to Twitter to respond, saying her statements against Talbot have to do with his qualifications and handling of previous cases, not his religion.

"Judge Talbot repeatedly demonstrated he is not fit to evaluate Title IX claims. His representation of the Saginaw Diocese was a playbook on how NOT to handle sexual assault cases," she wrote.

"How in the world is the former chief judge of the court of appeals for 20 years not qualified to make Title IX due process rules in administrative proceedings at a university?" LaFave said.

"That is patently, on its face, false. And a bunch of nonsense."

LaFave issued a statement earlier this month asking Nessel to apologize for her comments.

"Believing that a distinguished judge cannot do his job because of his religion is delusional. The judge's faith has nothing to do with his role in crafting rules protecting students' rights during university proceedings," LaFave wrote April 1.

"First she tells the press that Catholics shouldn't pray to their rosaries because they don't do anything, and now she quips that a judge cannot do his job because he is Catholic. What now has become clear is that there is a disgusting pattern of anti-Catholic discrimination emerging from our attorney general," he said.

An op-ed published this week in the Detroit News pointed out that in 2015, Nessel seemed to refer to Catholic adoption agencies and their supporters as "hate mongers."

Nessel responded to the op-ed on her Twitter page, saying that her 2015 reference to "hate mongers" was "directed at those who believe discrimination against LGBTQ people in adoption using public tax dollars is ethical," which she said does not apply to "the vast majority of Catholics."

Nessel also criticized the author of the op-ed and the Detroit News, saying, "It is you who are the hate mongers."

"So now she's attacking the free press, because they're accurately quoting her," LaFave commented.

Nessel in March of this year barred state funds from adoption agencies that won't place children with same-sex couples, after reaching a settlement with the American Civil Liberties Union and same-sex couples who approached a Catholic agency and another Christian agency.

The settlement means the state must enforce non-discrimination provisions in contracts. Agencies may not turn away otherwise qualified LGBT individuals and must provide orientation or training, process applications, and perform a home study, the Associated Press reported March 25.

The law protected them from civil action and from threats to their public funding, while requiring agencies that decline to place children with same-sex couples to refer the couples to other providers.

The ACLU filed the lawsuit in 2017 on behalf of two same-sex couples and a woman who was in foster care in her teens. At the time the Michigan Catholic Conference described the ACLU's lawsuit as "mean-spirited, divisive and intolerant," and "yet another egregious attack on religious faith in public life." The 2015 law was needed to "promote diversity in child placement" and to maintain a public-private partnership to stabilize adoption and foster care, the conference said.

LaFave is now considering introducing articles of impeachment against Nessel if she continues to target people of faith.

"As one of only 110 people that can draft articles of impeachment against Michigan's elected officials and civil servants, I think it's incumbent upon me and my other 109 lawmakers to consider at all times whether or not that's an appropriate response, so I will consider it," he told CNA.

"We do have a pretty high bar in the Michigan constitution for impeachment proceedings, but that is something to be considered at all times," he added.

"I really wish I didn't have to do this," LaFave conceded.

"But if the attorney general were going after Muslims, or Judaism, I think that the world would have their eyes on her, and would be demanding that she resign or at least apologize. But because it's Catholic, hardly anyone but me has said a word about it. And I think that's wrong. I think religious bigotry in all forms needs to be called out."