Oklahoma legislators have passed a bill requiring physicians to tell women that a drug-induced abortion procedure can be reversed, but questions remain over the science behind the claims and whether the bill can pass constitutional muster.

"A number of women have regret after the abortion. They may have a regret during the process but, if they don't know there may be a way to reverse the process, then they just don't know," bill author Rep. Mark Lepak, R-Claremore, told the Oklahoma television station News 4.

"There are a lot of things in this world that, once you make a decision, you can't undo. This is perhaps one that you can change your mind and you still have some hope that you could deliver a happy, healthy baby," he said.

The House of Representatives passed Senate Bill 614 by a vote of 72 to 24. The bill requires signage about abortion drug reversal to be posted in facilities where abortions are performed.

"If you continue to perform the abortion without the signage posted, without the notice, then there are penalties and fines associated," Lepak said.

Doctors who violate the law could face felony charges, while facilities could face fines of $10,000 per day.

Jill Webb, legal director at the ACLU of Oklahoma, said the bill could result in legal challenges if it is signed into law.

"Arizona, for instance, immediately had it challenged, and what they did was reverse the policy even before it got to court for determination," Webb told News 4. "Not only do you have freedom of speech to say what you want, you also can't be compelled to say something you don't believe, and that's what the problem is."

Similar Arizona legislation, passed in 2015, was repealed in 2016 after legal challenges and a failure to find a credible expert willing to defend it. The State of Arizona had to pay Planned Parenthood and other abortion providers more than $600,000 in attorney fees and other costs spent fighting the law, the Associated Press said.

Dr. Melinda Cail of Primary Health Partners criticized one argument for the bill based on a study of seven patients.

"I think that physicians will find it hard to swallow something that could be a felony that was based on such a small sample," she said, according to News 4.

"In that study of seven people, two went on to stop the procedure and had continuation of the pregnancy," she said, commenting that it lacked long-term follow-up on whether the babies and mothers were healthy after the procedure.

Lepak said the study was "very dated" but claimed other evidence backed the bill.

A chemical abortion is a two-step process that involves the ingestion of two drugs: mifepristone and misoprostol. The first drug, mifepristone, effectively starves the unborn baby by blocking the effects of the hormone progesterone. The second drug, misoprostol, is taken up to two days later and induces labor.

Backers of abortion pill reversal say the abortion can be reversed after a woman takes mifepristone but before she takes misoprostol, though this must be done quickly.

Dr. George Delgado, M.D., appears to have been the author of the first study involving seven women. Delgado, a pro-life California doctor, has been a leader in medical interventions to reverse the effects of the abortion pill regimen.

He and several other researchers wrote another analysis of abortion pill reversal in the journal Issues in Law and Medicine in April 2018.

"There was no apparent increased risk of birth defects," the abstract said.

The American Congress of Obstetricians and Gynecologists, which tends to oppose abortion regulations, has criticized the scientific claims behind abortion pill reversal.

Its 2015 position paper on the Arizona legislation noted that pregnancy will continue in 30-50% of women who take mifepristone alone and do not take misoprostol, the National Catholic Register has reported.

"Available research seems to indicate that in the rare situation where a woman takes mifepristone and then changes her mind, doing nothing and waiting to see what happens is just as effective as intervening with a course of progesterone," the OB/GYN group said.

The methods behind Delgado's more recent study have also come under criticism, including allegations that some women were dropped out of the study to inflate the success rate, Los Angeles Magazine reported in March 2019.

The Abortion Pill Rescue Network, which Delgado serves as a medical advisor, has claimed to have saved over 500 babies from abortion, its website said. The network is a program of Heartbeat International, a longstanding network of pro-life pregnancy assistance. The release and success of the pro-life film "Unplanned" is being credited with an uptick in women seeking information on reversing chemical abortions. 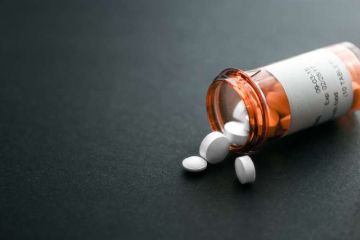 A European online service that has been quietly offering mail-order abortion pills to women in the United States for several months is being investigated by the FDA for possibly violating abortion drug laws. Aid Access is a website that says it offers abortion-inducing drugs to healthy women who are nine weeks pregnant or less.