Fort Worth bishop has not endorsed alleged messages from Mary 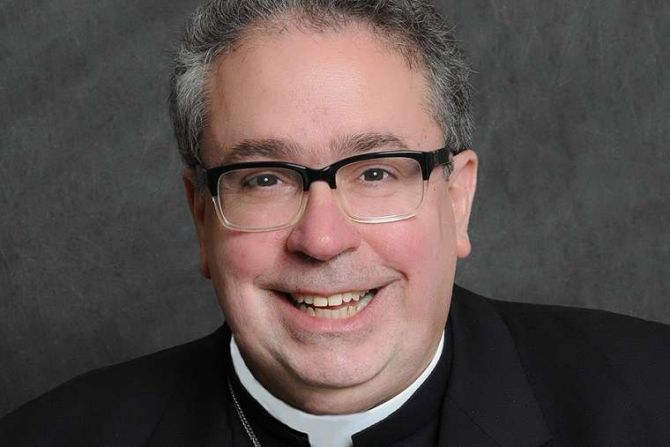 The Bishop of Fort Worth, Texas, has not authenticated alleged apparitions of the Virgin Mary that are said to have taken place in the diocese, according to a statement released last week.

"Recent claims made on websites and in social media have indicated that alleged apparitions and messages of the Blessed Virgin Mary, under a title of 'Mystical Rose--Our Lady of Argyle,' have been authenticated by Bishop Michael Olson and the Diocese of Fort Worth. This is not true," the Aug. 8 statement said.

"These claims of apparitions and messages are not verified or endorsed by the Church, and in no way are claims true that the Mystical Rose is a ministry of the Diocese of Fort Worth or of St. Mark Parish."

According to a website launched last month, the Blessed Virgin Mary began appearing in May 2017 to a "visionary." The first such apparition was reportedly in Arkansas, and subsequent appearances allegedly took place at St. Mark Catholic Church in Argyle, Texas.

The most recent such message recorded on the website is dated Aug. 1, and is credited to "three angels." The message warns of a spiritual battle in the Church, noting that "men look to Rome for answers, But the questions have become so corrupted that the answers are wrong before they are given."

The website reports that the alleged visionary informed diocesan officials about the initial messages, but the diocese said they have not been formally approved through any ecclesiastical process.

"While from time to time apparitions do occur (Lourdes, Fatima, Tepayac), the age of revelaton ended with the death of the last apostle and all true apparitions are simply an appeal to obey the command of Christ: Repent and believe in the Gospel," the diocesan statement said.

"There is nothing further to be revealed by God that has not already been fully revealed in Jesus Christ. It is in light of this truth of the Catholic faith that one should assess claims of apparitions or of messages and miracles with prudence, always presuming the good will anyone making such a claim, but with due regard for the integrity of the Catholic faith."

With regard to the alleged apparitions in Argyle, "Bishop Olson does not encourage anyone to offer credence of support for these claimed apparitions," the diocese said.