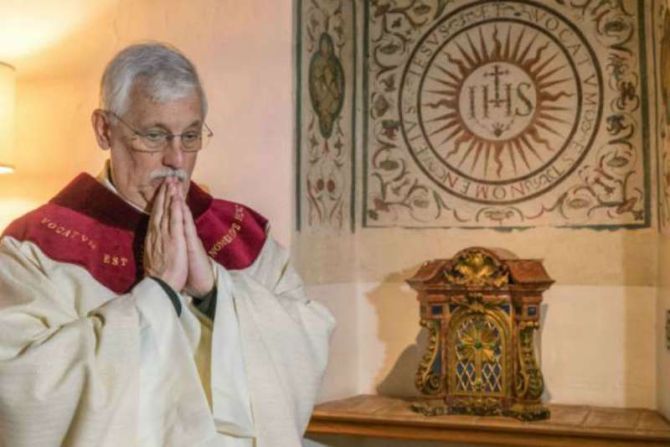 The superior general of the Society of Jesus said Aug. 21 that the devil is a symbol, but not a person.

The devil, “exists as the personification of evil in different structures, but not in persons, because is not a person, is a way of acting evil. He is not a person like a human person. It is a way of evil to be present in human life,” Fr. Arturo Sosa, SJ, said Wednesday in an interview with Italian magazine Tempi.

“Good and evil are in a permanent war in the human conscience and we have ways to point them out. We recognize God as good, fully good. Symbols are part of reality, and the devil exists as a symbolic reality, not as a personal reality,” he added.

Sosa’s remarks came after he participated in a panel discussion at a Catholic gathering in Rimini, Italy, organized by the Communion and Liberation ecclesial movement.

The Catechism of the Catholic teaches that “Satan was at first a good angel, made by God: ‘The devil and the other demons were indeed created naturally good by God, but they became evil by their own doing.’”

“They are personal and immortal creatures,” it adds, who “have intelligence and will.”

Sosa, 70, was elected the Jesuits’ superior general in 2016. A Venezuelan, he has a pontifical licentiate in philosophy and a doctorate in political science. He served as a Jesuit provincial superior in Venezuela from 1996 to 2004, and in 2014 began an administrative role at the general curia of the Jesuits in Rome.

Sosa has offered controversial comments about Satan in the past. In 2017, he told El Mundo that “we have formed symbolic figures such as the Devil to express evil.”