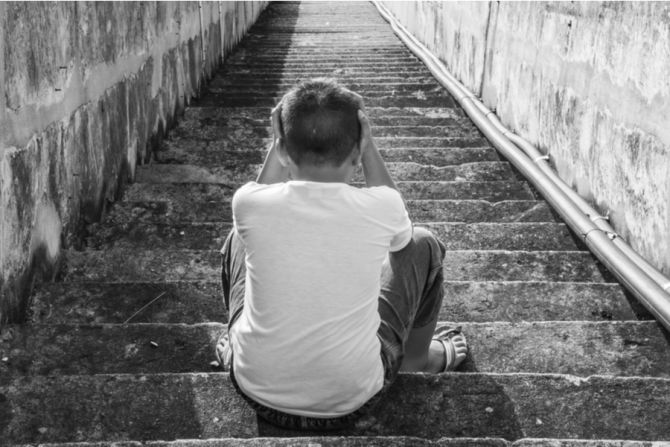 Child at high risk of being trafficked and abused. / Eakachai Leesin/Shutterstock

Advocates for children, parents, and women’s rights all spoke out against growing threats of the sexualization of children at a summit on Wednesday.

Panelists at the event, hosted by the Heritage Foundation in Washington, D.C., on Oct. 9, addressed three areas—culture, education, and healthcare—where children are threatened by exposure to violent pornography, efforts to normalize sex prostitution, and a push to encourage them to question and alter their gender.

Parents are now “told that puberty-blocking drugs and cross-sex hormones may be the only way to prevent their child from committing suicide,” said Ryan Anderson, the William E. Simon senior research fellow at Heritage and moderator of the summit’s panel on healthcare.

Seventeen states have “passed laws banning medical professionals from helping a child to identify with their own body,” he added. And in all 50 states, doctors can prescribe testosterone for girls and estrogen for boys, and perform mastectomies on girls.

These procedures are being performed on children whose brains will not be fully developed until their mid-20s, Dr. Joseph Zenga, past president of the American Academy of Pediatricians noted, while observing that anti-smoking campaigns were predicated upon this fact.

“The brain does not mature until the mid-20s,” Dr. Joseph Zenga, past president of the American Academy of Pediatricians, stated on Wednesday. “This is malpractice as well as child abuse,” he said. “We are committing uncontrolled experiments on our children.”

The summit comes just months after the Vatican’s Congregation for Catholic Education released a document in June denouncing gender theory, titled “Male and Female He Created Them.” The document upheld the Church’s teaching on the natural sexual differences between men and women and human nature.

In his 2015 encyclical Laudato Si, Pope Francis wrote of the importance of accepting one’s body as a gift from God, rather than seeking to fundamentally change it.

Dr. Zenga also criticized gender theory as having “no basis in science.”

“There is no science that says you can be any gender you can want to be,” he said, yet doctors are now encouraging children to embrace their gender confusion—and they are being told they cannot counsel children against a sex change.

The Vatican also responded to gender theories in “Male and Female He Created Them,” saying that they teach “that one’s gender ends up being viewed as more important than being of male or female sex.”

This, in effect, creates “a cultural and ideological revolution driven by relativism, and secondarily a juridical revolution, since such beliefs claim specific rights for the individual and across society.”

Walt Heyer, a “detransitioner” and founder of SexChangeRegret.com, said he’s received inquiries from people anywhere from several days after their gender-transition surgery to 32 years after surgery, expressing their regret and asking him for help. “People today in the hundreds, in the thousands, regret having been caught up in this madness,” he said.

“It is no longer a question of if children will be exposed to pornography; it is a question of when,” Halverson said on Wednesday. Children may either first be exposed through their friends, through using Google for school projects, or even playing age-appropriate video games, she said.

The violent nature of pornography also teaches impressionable young minds “that ‘no’ means ‘yes,’ and that violence is sexy,” Halverson said. Children also feel the need to “act out” the media they have received, and there is a “rising crisis of children who are sexually abusing other children.”

There is also a new push in the U.S. to normalize and decriminalize sex trafficking, panel experts warned.

Decriminalization would include the exploiters of women, Halverson said, pimps, sex traffickers and buyers, and “would lead to an exponential boom” in commercial sexual exploitation.

Natasha Chart, a board member of the Women’s Liberation Front, described how she was almost caught up in the sex trade at 17 years old, and added that young women are vulnerable to being ensnared in an exploitative industry—but if they are desensitized to abusive sex through violent pornography, they may not have the awareness to say no.

Yet some progressive non-profits have been working to normalize commercial sexual exploitation. One media guide that Chart referenced recommends usage of the terms “involved in the sex trade” or “trading sex” or “sex worker.”

People are now saying it’s “feminism to whitewash the commercial sexual exploitation of children,” she said.