A judge in England has decided that a disabled woman who is pregnant will be fitted with a contraceptive device immediately following her Caesarean section, Premier Christianity has reported.

The woman was originally ordered to undergo a forced abortion by another judge, until that ruling was overturned on appeal.

Justice MacDonald heard arguments in the case at the Court of Protection of England and Wales, which hears cases related to people who do not possess the capacity to make decisions for themselves.

He will soon publish a ruling giving the reasons for his decision, according to Premier Christianity.

The 24-year-old woman, who has been identified in court as AB, and her mother, "CD", are devout Catholics, and are members of the Igbo people. The woman has "moderate learning disabilities" and "exhibits challenging behaviour and functions at a level of between 6 and 9 years old." AB is also said to have had a mood disorder, for which she is medicated.

The NHS trust at the hospital where the woman is being cared for argued that she should be given a contraceptive device while under anaesthesia immediately following the delivery of her child.

Fiona Paterson, the barrister representing the NHS trust, told the court it would not be in the woman's interest again to conceive a child, and that she is vulnerable and could not be supervised constantly.

But the woman's mother, a social worker who assists her, and the barrister representing her said there was a plan to safeguard the woman and that such interference in her autonomy was unjustified.

Susanna Rickard, the woman's barrister, said the chances of the woman being exposed to "further sexual activity" was "close to nil."

There is a plan to keep her from being left home alone, unsupervised with a male, or unaccompanied while out, Rickard noted.

AB is believed to have become pregnant while visiting family in Nigeria over Christmas. It is unknown who is the father of the child, and it is conceded by all parties that she lacks the capacity to consent to sex.

The woman had been ordered June 21 to undergo a forced abortion at 22 weeks pregnant by Justice Nathalie Lieven of the Court of Protection.

The Court of Appeal overturned Lieven's decision just three days later, on June 24, finding that Lieven's decision disregarded the assessment and wishes of AB's mother and social worker, and went against her human rights.

Lieven "was in error in failing to make any reference in her ultimate analysis to [the mother's] views about AB's best interests when, as the judge found, she knew AB better than anyone and had her best interests at heart," reads the Court of Appeal's judgement.

Writing for the three judge panel, Lady Justice King concluded that Lieven "went beyond what the evidence could support" in concluding that the woman's circumstances made a forced late-term abortion in her own best interests.

While Lieven's conclusion on the balance and weight of evidence was rejected by the appeal court, King nevertheless underscored the right of the court to impose an abortion if the circumstances merit it.

"Carrying out a termination absent a woman's consent is a most profound invasion of her Article 8 [human] rights, albeit that the interference will be legitimate and proportionate if the procedure is in her best interests," King concluded. A British judge has authorized doctors to perform an abortion on a pregnant Catholic woman with developmental disabilities and a mood disorder, despite the objections of the woman’s mother and the woman herself. The woman is 22 weeks pregnant. 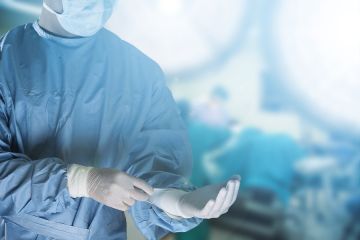 Lawyers told the appeal court Monday that doctors had prepared the woman for an enforced late-term abortion by promising her a new doll after the procedure. Courts in the United Kingdom have released the text of judicial decisions in the case of a disabled woman orginally ordered to undergo a forced late-term abortion.