Little Sisters of the Poor to close Richmond community 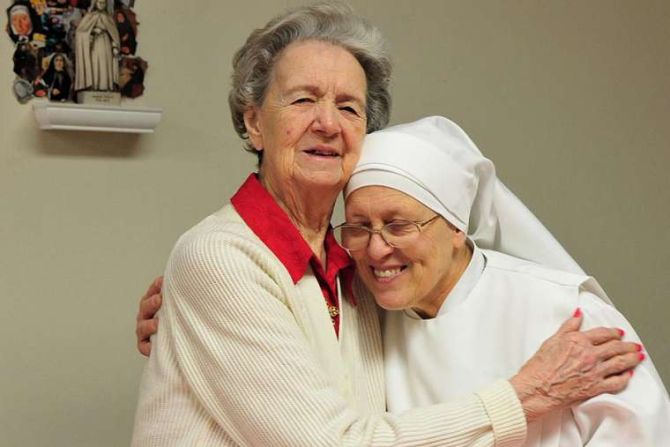 The Little Sisters of the Poor will withdraw their community from Richmond, Virginia, after 145 years of serving the elderly in the area, they announced Wednesday.

The decision was made due to declining numbers in the religious community, the Richmond Times-Dispatch reported.

Bishop Barry Knestout of Richmond said in a statement that the sisters will be missed.

"I am deeply saddened to see them leave our region as their departure will leave a profound void within our community that is irreplaceable," he said. "Yet, I am immensely grateful for the decades of humble service, selfless work, great love and devotion they have provided to the most vulnerable in our community."

He thanked the sisters for more than a century of being "faithful servants and true examples of Christ's loving care and unwavering, tender devotion for the poor, sick, elderly and dying within our diocese."

Founded in 1839 by St. Jeanne Jugan, the Little Sisters of the Poor serve the elderly and dying poor in more than 30 countries across the globe.

The sisters have had a presence in the Richmond area since 1874. In 1976, they moved to their current location, where the congregation runs St. Joseph's Home for the Aged - a 96-bed nursing home.

All of the residents in St. Joseph's Home are being given the opportunity to transfer to a different home run by the Little Sisters in another state. They have also offered to help residents find a different local home.

The 11 sisters currently at the Richmond community will transfer to one of their other homes. The Little Sisters run 27 homes for the elderly across the U.S.

In the past six years, the order has closed seven communities in the United States due to declining numbers, the Richmond Times-Dispatch reported.

"As part of a strategic plan aimed at strengthening our ministry and the quality of our religious and community life, we Little Sisters have recognized the need to withdraw from a certain number of Homes in the United States, while at the same time dedicating our resources to much needed upgrades and reconstruction projects in others," said Mother Loraine Marie Clare in a statement.

Sister Jeanne Mary, one of the sisters who works at St. Joseph's home, voiced her gratitude for the support and love the sisters have received from the community.

"It's not because we don't love them [the residents]," she said, according to the Richmond Times-Dispatch. "It's very sad to see such a mission which is so needed today is diminishing because there are very few to follow us."