Boston seminary report: 'isolated incidents' but no 'culture of abuse' 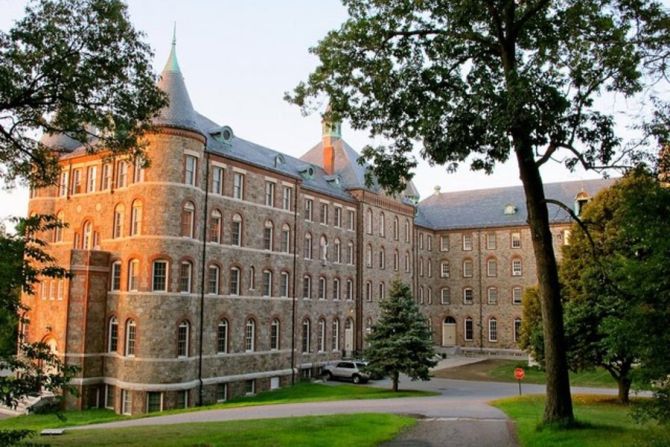 An independent investigation into the Archdiocese of Boston's St. John's Seminary has found incidents of sexual misconduct but no seminary-wide culture of abuse.

"Contrary to some of the reporting surrounding 2018 social media postings, the Seminary is not a den of sexual misconduct fueled by excessive drinking. Instead, our investigation disclosed only isolated incidents of sexual conduct and alcohol use that are inappropriate in a seminary setting," says a report by the Boston law firm Yurko, Salvesen & Remz, P.C., released on Friday.

The report identified flawed "leadership and oversight" of the seminary's rector, vice rector, and certain faculty members which contributed to both specific incidents and some cultural problems, and recommended a revision of the seminary's alcohol policy and the establishment of an anonymous hotline to report abuse. The seminary has been under interim leadership since the investigation was announced last year.

The results of the independent investigation into the Archdiocese of Boston's St. John's Seminary were published Friday, Nov. 22, more than a year after Cardinal Sean O'Malley first called for an inquiry in August 2018. The investigation was to review the abuse allegations, the culture of the seminary, and any signs of "sexual harassment or other forms of intimidation or discrimination."

O'Malley said in a statement that he is "grateful for the thoughtful and comprehensive efforts" of the review team, and for their "candor."

"The inquiry has presented issues that require remedial action and oversight for ongoing compliance," O'Malley said on Friday. But the cardinal said he is "confident that the facts brought forth by this report and the actions being taken to address those issues unite us in the commitment to ensure that St. John's Seminary maintains a standard of excellence for the formation of men discerning the vocation of a life of service to the Church."

"With the help of God and vigilant attention to best practices, we will continue to provide superior seminary formation."

O'Malley announced the investigation last year, after two seminarians took to social media to make allegations of a culture of heavy drinking and sexual misconduct at St. John's. O'Malley placed the seminary's rector, Monsignor James Moroney, on leave to allow for an inquiry.

In October 2018, the archdiocese announced it was expanding the investigation to include two other seminaries, Pope St. John XXIII National Seminary and Redemptoris Mater Seminary. The cardinal also hired an outside law firm-Yurko, Salvesen and Remz-to take over and conduct the investigations, as the original team, comprised of bishops and an advisor to the U.S. bishops on child protection, had ties to St. John's Seminary.

Friday's report, which only concerns St. John's Seminary, confirmed separate incidents of sexual misconduct at the seminary and an alcohol culture that could encourage immoderate drinking, as well as a lack of proper oversight by the rector, Monsignor Moroney.

The report did not find evidence of a deep culture of sexual misconduct or alcohol abuse, as had been alleged, though it did confirm specific allegations made in social media posts by two former seminarians. Those incidents included the expulsion of two seminarians in 2014 for sexual misconduct, and six seminarians receiving "lewd and anonymous texts" in 2015.

Leadership's poor response to the 2015 sexting incident was in part caused by to the rector's distance from the daily life at the seminary due to obligations and his work to raise money and enrollment, the report found.

Cardinal O'Malley reportedly knew about Monsignor Moroney's absence from the seminary and its negative consequences, as well as his poor stewardship of the seminary's finances that earned him the nickname "Diamond Jim" among some seminarians for his generosity.

However, the cardinal trusted Moroney to resolve the problems, the report said.

The vice rector, Fr. Christopher O'Connor, who was in charge of seminary student discipline, was found to be at times "bullying or intimidating" in carrying out his duties.

Another faculty member was respected as a "world-class theologian" but "is unquestionably a 'divisive' and a 'toxic' presence in the Seminary," the report said. He reportedly used "gratuitous and offensive" language when discussing sexual morality in classes and some Hispanic seminarians claimed he "is biased against them and disparages them."

The seminary's alcohol policies, while in need of reform, did not create a culture of drunkenness, the report found.

A "bachelor party" detailed in the allegations by the former seminarians "was not the bacchanalian affair" as commonly perceived but was still "ill-advised" and featured immoderate drinking by seminarians and by a faculty member.

However, since "the use of alcohol is connected directly or indirectly to most misconduct that takes place at the Seminary" and some seminarians did "have an unhealthy relationship with alcohol," the firm recommended a change in alcohol policy to aid the "human formation" of seminarians.

Other recommendations of the report include the establishment of a confidential reporting hotline for abuse or misconduct allegations, training to enable seminarians to recognize instances of "grooming," and a review of alcohol policies.

The firm also noted the cooperation of the seminary and the archdiocese in the investigation, and that it was able to freely access seminary records.

The reported did record what it termed "isolated" incidents of misconduct.

The seminary respond in a "timely" fashion to allegations of grooming made by a seminarian against a faculty member in 2014, the report said.

In another case, the seminary learned in 2015 that a professor at its Theological Institute for the New Evangelization "engaged in inappropriate conduct with an adult female student in 2011 and 2012," and cut ties with that professor.

In two separate instances, in 2016 and 2018, seminarians were dismissed for using dating apps.

Two seminarians were found to have engaged in an e-mail and texting relationship with a 15 year-old female student at a Catholic high school, a relationship which continued with one of the seminarians despite the girl's parents bringing up the matter to the seminarian and then to a seminary faculty member, who informed the seminary's rector.

The seminarian was eventually ordained, but claimed that his texts were not romantic but supportive, while conceding that communicating with a teenager via e-mail and texting was overall "misguided."

The seminary was made aware of a seminarian sending texts to a woman outside the seminary requesting she send him pictures of herself; after consultations the seminarian stayed at the seminary but received formation on chastity, and subsequently left before the year was over.

One of the former seminarians who made the social media posts that instigated the investigation claimed to have observed two seminarians cuddling together in the common room, but the report found that he was the only person interviewed to have made that claim.