Last weekend, the property of a Catholic church in Louisiana was vandalized with black spray paint, including symbols of a satanic nature.

The graffiti was found on a statue, Marian grotto, and prayer altar outside of St. Theresa of the Child Jesus Catholic Church in Abbeville, La., just over 20 miles southwest of Lafayette.

One of the vandalized objects was a 70-year-old statue of Saint Therese of Lisieux. The symbols spray-painted on the statue included an upside-down cross, the word satan, and a pentagram. The police were called Jan. 4.

"Vandals came and defaced our statue of [St. Therese]. It's sad that it's not a random act of graffiti that some kids did. These are cult paintings, satanic cult, 666, an upside down cross," said Trustee John T. Landry, according to KATC.

The damage to the grotto and prayer altar, which includes similar graffiti, was found this week when a parishioner came to pray at the Marian shrine. It is unsure if this vandalism occurred on the same night, and it had been overlooked when the police conducted their report.

Landry expressed sorrow for the attack, claiming the site as a place of peace and contemplation.

"Churches are places of peace and solitude and prayer. To see someone that malicious to not only put graffiti, but to put the devil's work and signature on a Christian statue, is horrible," he said, according to KATC.

While the property does have security cameras, the cameras were not pointed at the statue. Abbeville police department said the perpetrators are unknown and have offered a cash reward for information. Catholic parishes throughout the Diocese of Lafayette in Louisiana raised more than $50,000 for three black Baptist churches that were the targets of arson attacks that have been characterized as hate crimes. 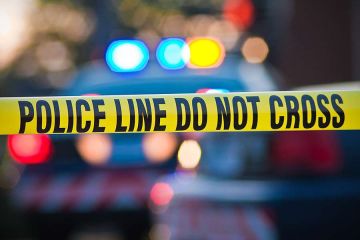 A Catholic church in Pennsylvania was vandalized with pro-choice graffiti over the weekend as the abortion debate escalates around the country, following the passage of a major abortion law in Alabama.