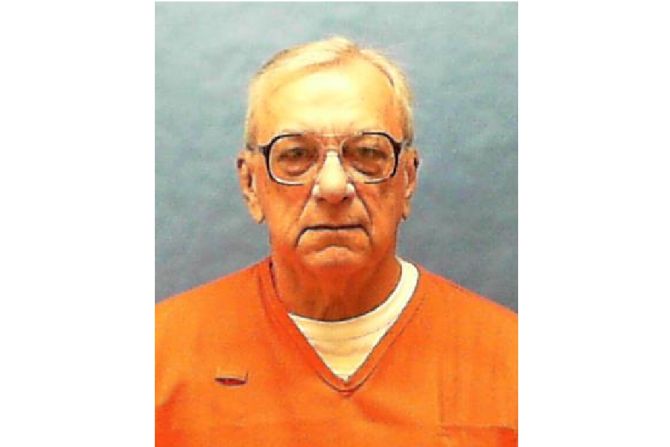 The U.S. bishops' conference and the bishops of Florida are calling for a Florida death row inmate to be given a new trial, in light of evidence the bishops say suggests the inmate is actually innocent.

"The evidence of Mr. Dailey's actual innocence is not only credible; it is overwhelming," the bishops added.

"The only just and legal solution is to require a remand for a new trial."  The brief was filed in support of a petition for a new trial from James Dailey, who was convicted of the brutal 1985 murder of a 14-year-old girl, Shelly Boggio.

Dailey was connected to the murder after he being named by Jack Pearcy, who was also convicted of killing Boggio. Pearcy was Dailey's roommate in 1985. When Pearcy was apprehended for the murder of Boggio, he told police it was Dailey who had done the killing.

Although there was no physical evidence linking Daily to the crime, Pearcy's testimony, along with that of jailhouse informants who claimed Dailey had incriminated himself, led to his conviction.

Dailey got the death penalty. Pearcy was sentenced to life in prison.

In the state of Florida's "prosecution of Mr. Dailey for complicity in the murder, it adduced no physical, forensic, or eyewitness evidence implicating him. Rather, Mr. Dailey was convicted on the basis of testimony of three jailhouse informants, who each had every incentive to lie," the bishops said in their brief.

Pearcy's accusation formed the basis of Dailey's conviction, and was supported by the testimony of the jailhouse informants, each of whom received please bargains on criminal charges in exchange for their testimony.

But years after Dailey was convicted, in 1993, Pearcy recanted his allegation. He said he'd lied about Dailey's involvement.

"It was just a self-serving statement to exonerate myself," Pearcy said in a sworn statement.

"I was in custody and they were going to charge me and I was just trying to get around it, that's all," he added. In 1998, Pearcy again claimed he'd seen Dailey kill Boggio. In 2017, Pearcy again said that Dailey wasn't there, and that he'd killed Boggio alone.

But in 2019, Pearcy gave contradictory statements, telling a Florida reporter that Dailey killed Boggio, and then making a sworn statement that he "committed the crime alone."

The U.S. bishops' brief noted that Dailey has produced evidence indicating that he was not with Pearcy the night that Boggio was killed. The bishops also noted that the jailhouse informants received plea deals on criminal charges in exchange for their testimony, and that there was additional evidence their testimony could have been manufactured.

Dailey, 73 and a Vietnam veteran, has consistently maintained his innocence.

He was due to be executed Nov. 7, 2019, but was granted a stay of execution. That stay expired Dec. 30, and Dailey could be executed anytime. He has petitioned the Supreme Court for the right to a new trial.