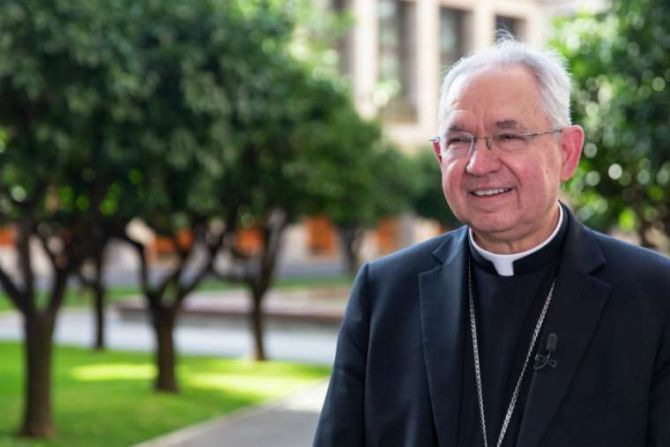 "Today our Holy Father Pope Francis offers us a hopeful and challenging vision of the future of the Amazon region, one of the earth's most sensitive and crucial ecosystems, and home to a rich diversity of cultures and peoples," the president of the US bishops' conference said Feb. 12.

"The Pope reminds us that the Church serves humanity by proclaiming Jesus Christ and his Gospel of love, and he calls for an evangelization that respects the identities and histories of the Amazonian peoples and that is open to the 'novelty of the Spirit, who is always able to create something new with the inexhaustible riches of Jesus Christ.'"

Francis "also calls all of us in the Americas and throughout the West to examine our 'style of life' and to reflect on the consequences that our decisions have for the environment and for the poor," Archbishop Gomez noted.

"Along with my brother bishops here in the United States, I am grateful for the Holy Father's wisdom and guidance and we pledge our continued commitment to evangelizing and building a world that is more just and fraternal and that respects the integrity of God's creation."

Despite widespread speculation, the apostolic exhortation does not call for the priestly ordination of married men, but seeks to expand "horizons beyond conflicts."

The exhortation does not quote from recommendations made by bishops at the Vatican's October meeting on the Amazon. Instead, Pope Francis "officially present[s]" the synod's final document alongside his exhortation, asking "everyone to read it in full."

Nearly half of Querida Amazonia is dedicated to outlining the Roman Pontiff's "Ecclesial Dream" for the Amazon region, in which Pope Francis stresses the singular role of the priest, while affirming the laity's ongoing contributions to evangelization.

"No Christian community is built up which does not grow from and hinge on the celebration of the most holy Eucharist … This urgent need leads me to urge all bishops, especially those in Latin America, not only to promote prayer for priestly vocations, but also to be more generous in encouraging those who display a missionary vocation to opt for the Amazon region," Pope Francis wrote.

The exhortation warns against an outlook that restricts "our understanding of the Church to her functional structures." It also rejects a narrow vision of "conceptions of power in the Church" that "clericalize women." Pope Francis' post-synodal exhortation on the Amazon is part of ordinary magisterium -- that is official Church teaching -- while the final document of the Vatican’s 2019 Amazon synod is not, Cardinal Michael Czerny, special secretary of the Amazon synod, said Feb. 12.