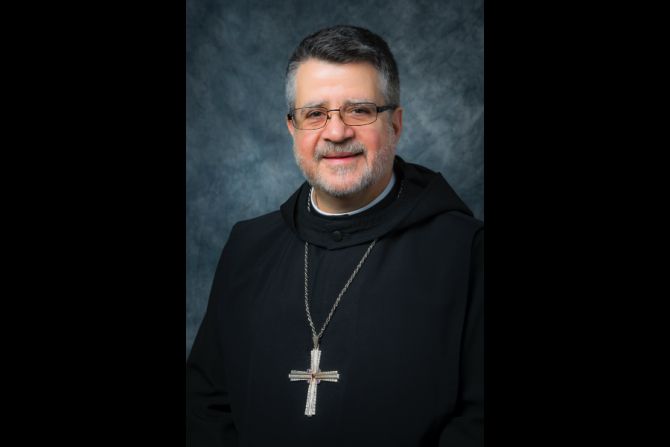 The appointments include a Benedictine monk who currently leads the American-Cassinese Congregation.

Abbot Lorenzo, 59 is a monk of St. Mary's Abbey in Morristown, New Jersey, who was previously prior of the Benedictine Abbey of Sant'Anselmo in Rome. Lorenzo has served as abbott president of the American-Cassinese Congregation, an association of 25 Benedictine monasteries, since 2016.

Born in Brooklyn, NY, Lorenzo entered the Benedictine monastery in 1983 after receiving a bachelor's degree in philosophy from Don Bosco College Seminary. He went on to earn a license in canon law from Catholic University of America, and master's degrees in counseling psychology and in liturgical theology. After his ordination in 1989, Lorenzo served as a director of liturgy for the abbey, vice president of Delbarton School, and president of the International Commission for Benedictine Education.

Msgr. Gregory Studerus, a priest of the Newark archdiocese, has served as episcopal vicar of Hudson County since 2015. Before entering seminary, Studerus worked as an elementary school art teacher and served in the National Guard. He holds a Master of Divinity from Immaculate Conception Seminary.

Msgr. Studerus, 71, has been pastor of St. Joseph of the Palisades Church, the largest Hispanic parish in the Newark archdiocese, for 15 years.

The other auxiliary bishop-elect for the Archdiocese of Newark is Fr. Michael Saporito, who currently serves as pastor of St. Helen Parish in Westfield, NJ.

A native of Newark, Saporito, 57, has served six parishes in the archdiocese since his ordination in 1992, including St. Joseph in Maplewood and St. Elizabeth in Wyckoff. Saporito studied accounting at Rutgers University before entering Immaculate Conception Seminary at Seton Hall University in South Orange.

Cardinal Joseph Tobin, Archbishop of Newark, welcomed the appointments, and said that the pope had shown a "special concern for the life and the mission of Archdiocese of Newark."

"In selecting Msgr. Studerus, Abbot Lorenzo, and Father Saporito for service as bishops, the Holy Father gives new impetus to this local Church as we continue to walk forward in faith."

"I am delighted to share my responsibilities with these three dedicated missionary disciples," Tobin said.

Born in Laredo, TX, Bejarano, 50, spent much of his childhood in Chihuahua, Mexico, before moving with his family to California, where he was ordained a priest in the Diocese of Stockton in 1998. The bilingual priest earned a master's degree in philosophy from the Diocesan Seminary of Tijuana, and a Master of Divinity from Mount Angel Seminary in Oregon. He previously served as pastor of Sacred Heart Church in Turlock, CA and as founding pastor of Holy Family Parish in Modesto.

The four new auxiliary bishop appointments come one week after all of the current U.S. bishops completed their ad limina visits to Rome to meet Pope Francis and pray at the tombs of St. Peter and St. Paul.