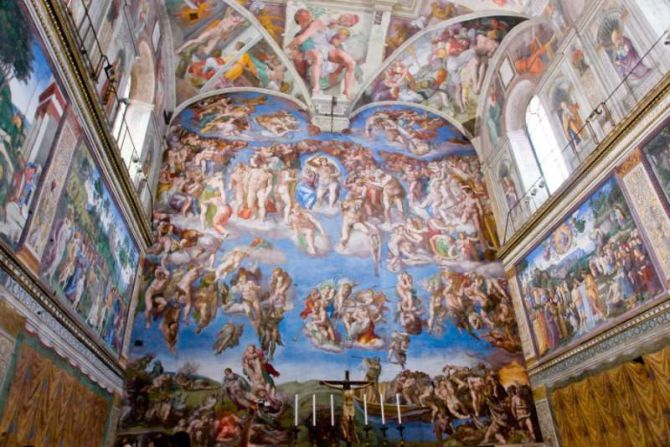 The Holy See Press Office put out a statement March 8 announcing the closure following the Italian government decision to close all movie theaters, concerts, gyms, museums, and archaeological sites  throughout the country.

Museums attached to pontifical basilicas and papal villas in Italy will also close, along with the excavation office that coordinates the Vatican Scavi Tours to St. Peter's tomb.

The Vatican confirmed that there has only been one positive diagnosis of Covid-19 within Vatican City -- a person who tested positive on March 5 during a pre-employment medical examination in the Vatican Health and Hygiene clinic.

Five people who were in close contact with this person are in a precautionary quarantine, according to the Holy See Press Office.

The Italian Minister of Cultural Heritage and Tourism Dario Franceschini called for more programs to be televised in Italy featuring music, theater, art, and cinema following the "necessary and painful choice" to close down all performances and museums in the country. He also encouraged artists to stream performances on their social networks.

This video broadcast will "allow those who wish to follow the celebrations united in prayer with the Bishop of Rome," Holy See Press Office Director Matteo Bruni said.

The Diocese of Rome has called on all Catholics in Rome to observe a day of fasting and prayer for the victims of coronavirus on March 11, and invited people to tune into a special televised Mass.

"I heard the cry of our city, of Italy and of the world, at this particular moment we are experiencing. It is a situation we are not used to, that worries us, but above all we are now called to live with the strength of faith, the certainty of hope, the joy of charity," Cardinal Angelo De Donatis, vicar general of the Diocese of Rome, wrote in a letter March 6.

"In addition to fasting … we want to be close, with a sign of almsgiving by collecting offerings that we will donate in support of the health personnel who are spending generously and sacrifice in the care of the sick," he said.

Most of the 5,883 people who have contracted Covid-19 in Italy have been in the northern regions of the country. The Italian government imposed a strict quarantine on March 8 for northern and central regions of Italy, including Milan and Venice.

The Italian Ministry of Health reported 76 confirmed cases in Rome's Lazio region on the evening of March 7.

Pope Francis prayed for those suffering from the coronavirus epidemic during his Angelus address in a video streamed live to St. Peter's Square March 8.

"I am close in prayer to people suffering from the current coronavirus epidemic, and to all those who are caring for them," he said.

"I join my brother bishops in encouraging the faithful to live this difficult moment with the strength of faith, the certainty of hope and the fervor of charity," Pope Francis said.