Lives worth living? Why healthcare rationing must be ethical 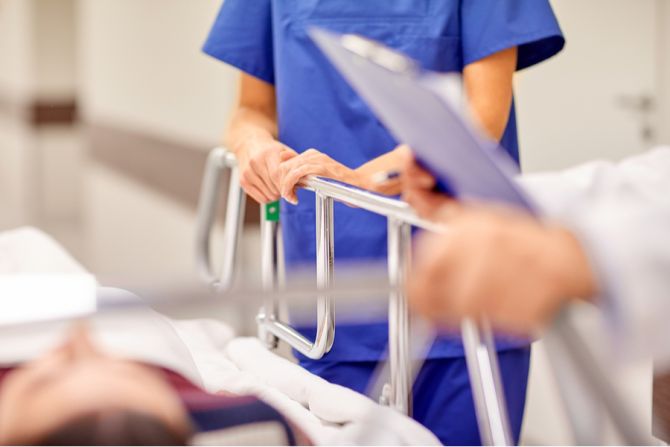 As state health officials plan for health care rationing during the coronavirus pandemic, lawyers, ethicists and theologians are warning that denying care on the basis of age or disability violates federal law.

"There's always the temptation when things get rough, and when you're looking at rationing situations and looking at triage, to fall into the error of devaluing human lives," Dr. Robert George, a professor of jurisprudence and director of the James Madison Program at Princeton University, told CNA on Monday.

While health care rationing may be a "reality" during a crisis, George said, it can never be done on the basis of categories such as age or disability.

They did so citing reports that health care entities are already planning for "crisis" scenarios in the new coronavirus (COVID-19) pandemic, which has already resulted in more than 46,000 confirmed cases in the U.S., according to Johns Hopkins University.

Health experts have warned that the U.S. healthcare system could soon be overwhelmed with new hospitalizations as the virus spreads, and face a shortage of beds and necessary equipment such as ventilators.

For such "crisis" scenarios, state health officials, hospitals, hospital groups, physicians, and medical teams in several states are already making plans to decide who should be prioritized to receive critical care when there is a shortage of available personnel, beds, ventilators, and other equipment.

"As somebody who has studied bioethics, and who is a professor of bioethics, I know the overwhelming majority of them have virtually no ethics training," Camosy told CNA. "Those that do have ethics training tend to be more utilitarian in their approach."

According to the New York Times, Washington state officials and hospital leaders discussed last week a "triage document" for the new coronavirus pandemic to establish limitations on critical care for patients based on their age, health, and likelihood of survival, granting only comfort care to other patients.

Disability rights advocates in Washington have already written to the Office of Civil Rights at the U.S. Department of Health and Human Services (HHS), asking them to "act swiftly" and clarify existing civil rights protections before Washington finalizes its triage plan.

Otherwise, "there will be no way to undo the lethal outcome of the discriminatory plans that have been formulated without OCR's guidance," the groups stated.

On Tuesday, the OCR told CNA that it did not comment on open or potential investigations.

However, a spokesperson for the office told CNA that OCR director Roger Severino is committed to ensuring no one is left behind during times of emergency.

"Persons with disabilities, with limited English skills, or needing religious accommodations should not be put at the end of the line for health services during emergencies. Our civil rights laws protect the equal dignity of every human life from ruthless utilitarianism," Severino said in a quote sent to CNA.

If healthcare is rationed based on age or disability, ventilators could be denied to COVID-19 patients above a certain age or those with a condition such as muscular dystrophy, Camosy said.

"We're trying to raise the alarm about this," George told CNA, saying the scholars will ask Attorney General William Barr to clarify to states that health care rationing must not violate federal civil rights laws.

In response to the academics' request, a legal memorandum was prepared by attorneys for the Freedom of Conscience Defense Fund and the Thomas More Society, led by the groups' special counsel Charles LiMandri, who is also a partner at LiMandri & Jonna LLP.

"Federal law requires that decisions regarding the critical care of patients during the current crisis not discriminate on the basis of disability or age," the memorandum states.

Among the federal civil rights protections in healthcare cited in the document are the Age Discrimination Act of 1975, which forbids age discrimination in federally-funded health programs, and the Americans with Disabilities Act of 1990, which prohibits disability discrimination by private entities and state and local governments.

"The Affordable Care Act extends the above protections against discrimination on the basis of disability or age to individuals participating in any health program or activity administered by HHS or that receives funding from HHS," the memorandum states.

Critical health care decisions are fast looming as the pandemic grows, particularly in hotspots such as New York City and Seattle.

In New York, Governor Andrew Cuomo warned last week that by early May, 110,000 hospital beds would be needed to deal with the virus with a current total capacity of only 53,000 beds.

Unfortunately, health officials and doctors will probably have to ration care, Camosy said, with not enough hospital beds, ICU beds, ventilators and other equipment available to treat all the patients with the virus..

"There's really no question at this point that we're going to have to have some kind of plan, even if it's just first-come-first-serve," he said.

However, he emphasized, "we ought not to violate people's fundamental rights by doing so."