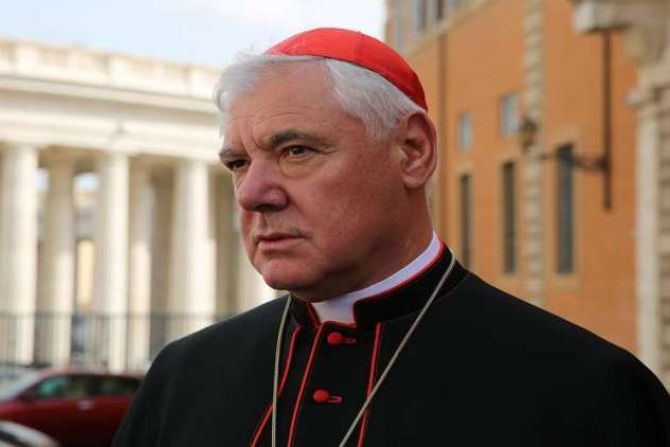 A cardinal has criticized the Vatican's official yearbook after it listed the term Vicar of Christ to a section headed "historical titles" in its latest edition, published March 25.

A Vatican spokesman said the change merely highlights the historical dimension of the title.

Under the heading "historical titles", the yearbook lists the designations "Vicar of Jesus Christ, Successor of the Prince of the Apostles, Supreme Pontiff of the Universal Church, Primate of Italy, Archbishop and Metropolitan of the Province of Rome, Sovereign of Vatican City State, Servant of the Servants of God."

On Thursday, Cardinal Gerhard Mueller, the Vatican's former doctrinal chief, described the change as an act of "theological barbarism."

In a commentary for the German weekly Die Tagepost, the cardinal said that, while the Annuario is issued by the Vatican Secretariat of State via the Vatican Publishing House, it is "only an address book and lacks any teaching authority."

As in the 2019 edition of the Annuario Pontificio, the new edition has a single page describing the pope as "Francis, bishop of Rome." But instead of heading a subsequent page with the title "Vicar of Christ." as it did in 2019, the 2020 edition has the pope's baptismal name, Jorge Mario Bergoglio, followed by a brief biography.

Mueller argued that the next section, marked "historical titles", mixed the term Vicar of Christ with designations that "have nothing to do with primacy and have only grown historically but [have] no dogmatic meaning, such as 'Sovereign of Vatican City State'."

"It is a theological barbarism to devalue the Pope's titles 'Successor of Peter, Vicar of Christ and visible head of the whole Church' as a mere historical ballast," he wrote.

Matteo Bruni, director of the Holy See press office, told the Italian bishops' newspaper Avvenire that the yearbook was not declaring that the title Vicar of Christ was merely of historical significance.

If that were the case, Avvenire reported, the title would simply have been removed. Bruni cited Pope Benedict XVI's decision to drop the title "Patriarch of the West" from the Annuario in 2006. This was widely understood to be an ecumenical gesture aimed at healing the centuries-long breach between Catholics and other Christians.

Bruni said that the titles were classified as "historical" because they are tied historically to the title bishop of Rome. A new pope acquires them the moment he is elected in a conclave.

The Annuario Pontificio, which contains more than 2,000 pages and has a distinctive red cloth binding, contains a directory of the Roman Curia, as well as the names and addresses of the world's bishops and official Vatican statistics.

The Church has published a yearbook in various forms since 1716.