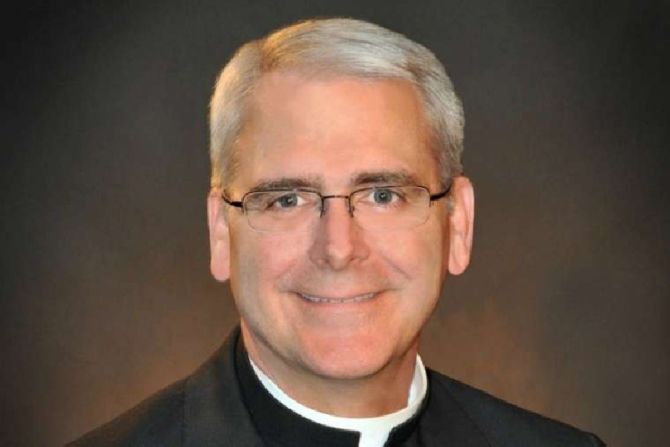 Catholic dioceses in Oklahoma joined other Christian leaders on Monday to ask a federal court to let stand a state order halting elective abortions during the pandemic.

"Abortion is not an absolute right," said a friend-of-the-court brief filed April 6 by Alliance Defending Freedom on behalf of the Archdiocese of Oklahoma City, the Diocese of Tulsa, the Catholic Conference of Oklahoma, leaders of the state's Baptist churches, as well as an ecumenical group of faith leaders.

"States also have a duty to protect the health and safety of women who undergo this life altering procedure. That is why courts have upheld laws requiring waiting periods, ultrasounds, parental rights notifications for minors, and prohibitions against partial-birth abortions-even before viability," the brief argued.

He clarified on March 27 that the order prohibited elective abortions, except in cases where the mother's life or health was deemed to be at risk, among the non-essential surgeries that were to be halted. The order also stopped "routine dermatological, ophthalmological, and dental procedures, as well as most scheduled healthcare procedures such as orthopedic surgeries."

On April 1, Gov. Stitt extended the order's prohibitions until April 30. On March 30, Abortion providers in the state challenged the halt to elective abortions in court. On Monday, Judge Charles Goodwin of Oklahoma's Western District Court put a temporary stay on Gov. Stitt's order, allowing some abortions, including medication abortions, to continue.

The court's restraining order is in effect until April 20, after which the court can let it expire or address the situation again. The brief, which was submitted on behalf of the faith leaders by Alliance Defending Freedom, argues that the state's order should be allowed to go back into effect at that time.

For cases of women currently seeking an abortion who would not be able to "lawfully obtain an abortion" in the state by April 30, Judge Goodwin prevented the state from enforcing the governor's order.

"Getting an abortion has never been an absolute right. The coronavirus didn't suddenly turn it into one," ADF Legal Counsel Elissa Graves stated. "Abortionists who seek to put their profit ahead of the well-being of women and staff who could be affected by COVID-19 shouldn't be allowed to get away with their irresponsible demands."

Goodwin acknowledged that the state could "impose some of the cited measures delaying abortion procedures," during the public health emergency, but that it "acted in an 'unreasonable,' 'arbitrary,' and 'oppressive' way-and imposed an 'undue burden' on abortion access-in imposing requirements that effectively deny a right of access to abortion."

Abortion providers, the Catholic and Christian leaders argued, should not be able to bring a case on behalf of women in the state because they are acting in their own self-interest.

Furthermore, they said, states are acting legitimately to curtail certain gatherings during the pandemic, and religious groups and churches are complying.

"As church communities voluntarily comply with prudential judgment of civil authorities, such governmental policies touch upon the constitutional and God given right to assemble for worship," the brief stated.

"Everyone's priority during this national crisis should be to protect vulnerable lives. Others seeking elective medical procedures are making that immense sacrifice. So are people of faith. So are public protestors. The abortion industry is demanding special treatment not to save lives, but to end them," the brief stated.