Carlo is known to have called the Eucharist his "highway to heaven."

"We know about Carlo that one of his great pillars was the Eucharist and the other was the Madonna, the Virgin," Nicola Gori, the postulator of Acutis' cause for sainthood, told EWTN News.

From his adolescence, Carlo prayed the rosary daily and in addition to other devotions, frequently spent time in Eucharistic adoration. He said when "we face the sun we become tan... but when we place ourselves in front of the Eucharistic Jesus we become saints."

Carlo died from a brain tumor in 2006 at the age 15. The summer after his 14th birthday, he spent researching Eucharistic miracles and creating a website to catalog and share the information with others.

"Carlos wanted people to approach the Eucharist and for this he used the internet," Gori said. "One summer before his death, he went to look for where great Eucharistic miracles occurred in the world, those recognized by the Church, from the first Christian era to the present day."

The website Carlo created was the genesis of The Eucharistic Miracles of the World, an international exhibition which highlights such occurrences.

Carlo, Gori said, was concerned by people growing distant to the Church and the sacraments and he wanted to bring them back.

His website "is a call to shake consciences; say let's go back to the essentials, let's go back to filling the churches," Gori explained, noting that beginning in his childhood Carlo brought people to Mass and to receive the sacraments with him.

"Think, he managed to drag his relatives, his parents to Mass every day. It was not the other way around; it was not his parents bringing the little boy to Mass, but it was he who managed to get himself to Mass and to convince others to receive Communion daily," Gori said.

The postulator called Carlo a missionary, saying, "he used the internet to spread the Gospel in what way he could."

Gori also emphasized Carlo's proper use of computers and the internet. He said that while investigating the boy's cause for beatification, technicians carried out analyses on his computer to see what websites he visited.

"It was found that his use of the whole computer, all his research was done for good, it was  precisely to do something that he had very close to heart," Gori said.

"Carlo Acutis has never, ever used the internet that has not been for a good purpose."

Carlo's beatification was set to take place sometime in spring 2020, but has been delayed because of the coronavirus pandemic.

The postulator said they are waiting for the health situation to improve before setting the day of the beatification Mass.

"Because Carlo's beatification will surely be a celebration for all young people, and since Carlo is known in many countries, not to say universally known, it would be a shame to be able to do it only with a few people," Gori said.

"But Carlo Acutis' cause is ready for beatification." Body of venerable teen exhumed, too early to declare incorrupt

The body of Venerable Carlo Acutis, an Italian teenager and computer programmer, was exhumed this week according to Canon Law, as a part of the process of investigation for canonization. 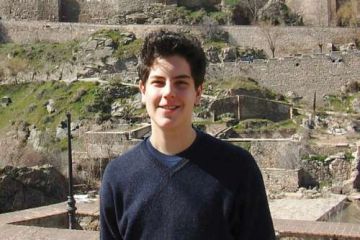 Carlo Acutis, who died of leukemia at the age of 15, offering his suffering for the pope and for the Church, was among four laypeople whose heroic virtues were recognized by the Congregation for the Causes of Saints on Thursday.