The woman who lived for 60 years on the Eucharist alone 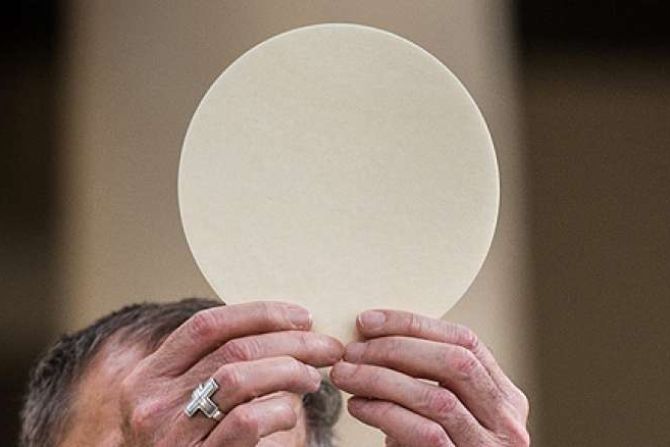 Servant of God Floripes de Jesús, better known as Lola, was a Brazilian laywoman who lived on the Eucharist alone for 60 years.

Lola was born in 1913 in Minas Gerais state, Brazil.

At the age of 16, she fell out of a tree. The accident changed her life. She was left paraplegic and "her body changed - she no longer felt hungry, thirsty or sleepy. No remedy was effective," said Brazilian priest Gabriel Vila Verde, who recently shared Lola's story on social media.

Lola began to nourish herself with just one consecrated Host a day. She lived that way for 60 years, Vila Verde said. In addition, "for a long time, she remained in a bed without a mattress, as a form of penance."

Faith in the laywoman's sanctity grew, and thousands of pilgrims came to see her at her home, the priest continued. In fact, "a visitors' signature book from the 1950s recorded that 32,980 people visited her in just one month."

Vila Verde said Lola would give the same request to all who came to see her: Go to Confession, receive Communion, and complete the First Friday devotion in honor of the Sacred Heart of Jesus.

When Archbishop Helvécio Gomes de Oliveira of Mariana asked Lola to stop receiving visitors and to "live a life of silence and privacy," she obeyed.

"The bishop allowed the Blessed Sacrament to be exposed in Lola's room, where Masses were also held once a week. Daily Communion was provided by lay ministers," Vila Verde said.

The priest stressed that Lola dedicated her life to praying for priests and spreading devotion to the Sacred Heart of Jesus. She was known for saying, "Whoever wants to look for me, finds me in the Heart of Jesus."