The Royal Courts of Justice house the High Court and Court of Appeal of England and Wales. | pxl.store/Shutterstock.

The U.K.'s high court ruled Tuesday that children are unlikely to be mature enough to give informed consent to medical treatment involving drugs that delay puberty.

The case was brought by two claimants against the Tavistock and Portman NHS trust, which runs Britain's main Gender Identity Development Service for children.

The judges were asked to assess the lawfulness of the NHS trust's practice of prescribing puberty blockers to children experiencing gender dysphoria, which they defined as "a condition where persons experience distress because of a mismatch between their perceived identity and their natal sex, that is, their sex at birth."

They said that puberty-suppressing drugs had been prescribed to children as young as 10 on the basis of informed consent -- a fundamental principle of modern medicine in which a doctor informs a patient of potential risks before they agree to undergo medical treatment.

The first claimant, who was born female, was prescribed puberty-blocking drugs around the age of 15 to stop the process of developing female sexual characteristics. The claimant then took cross-sex hormones promoting male characteristics and underwent surgery.

The second claimant was the mother of a 15-year-old girl worried that her daughter may be prescribed puberty blockers.

The claimants argued that prescribing the drugs to under-18s was unlawful as they were not competent to offer valid consent to the treatment.

The judges said that the issue at the heart of the claim was  therefore "whether informed consent in the legal sense can be given by such children and young persons."

In their ruling, the judges said that children under the age of 16 could only consent to puberty blockers if they were "competent to understand the nature of the treatment."

"That includes an understanding of the immediate and long-term consequences of the treatment, the limited evidence available as to its efficacy or purpose, the fact that the vast majority of patients proceed to the use of cross-sex hormones, and its potential life-changing consequences for a child," they wrote in their ruling.

"There will be enormous difficulties in a child under 16 understanding and weighing up this information and deciding whether to consent to the use of puberty blocking medication."

"In respect of young persons aged 16 and over, the legal position is that there is a presumption that they have the ability to consent to medical treatment."

"Given the long-term consequences of the clinical interventions at issue in this case, and given that the treatment is as yet innovative and experimental, we recognize that clinicians may well regard these as cases where the authorization of the court should be sought prior to commencing the clinical treatment."

An NHS spokesperson welcomed the "clarity" brought by the ruling.

"The Tavistock have immediately suspended new referrals for puberty blockers and cross-sex hormones for the under-16s, which in future will only be permitted where a court specifically authorizes it," the spokesperson said.

The Gender Identity Development Service at the Tavistock clinic said it was disappointed by the ruling and was seeking permission to appeal against it.

"The Court has ruled that there will be a stay on implementation of its judgment until the later of 22 December or the determination of any appeal," it noted.

The ruling may influence lawmakers and judges in other parts of the world.

In February, a state representative in Georgia filed a bill that would make it a felony for medical professionals to assist in changing a minor's gender either through surgery or medication.

Ehrhart told CNA that she had been working on the bill for nearly two years, and that it was "not a knee-jerk reaction to anything that's currently in the media," but that she considered it "timely."

In April, Liz Truss, the U.K.'s Minister for Women and Equalities, announced plans to prohibit minors from undergoing any permanent procedure intended to change their gender.

In an appearance before the House of Commons Women and Equalities Select Committee, Truss said that she was committed to "making sure that the under-18s are protected from decisions that they could make, that are irreversible in the future." 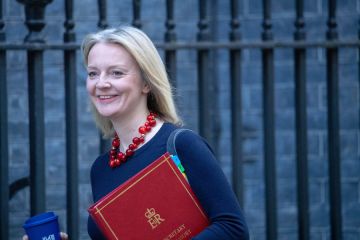