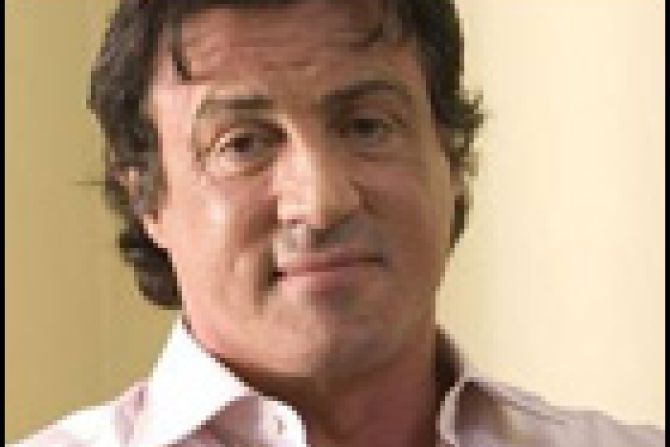 Following his successful comeback in the latest “Rocky” movie, Sylvester Stallone is resurrecting another of his classic action characters for another installment of “Rambo.” And, just as he did for “Rocky Balboa,” Stallone is bringing his re-found faith to the movie with him.In an interview with the “National Catholic Register,” Stallone recalls his return to Catholicism and how the birth of his daughter in the late ‘90’s was a crossroads for him.  “When my daughter was born sick, and I realized I really needed some help here, I started putting everything in God’s hands, his omnipotence, his all-forgivingness.”The NCR reports that while Stallone grew up Catholic, he stopped going to church after he tasted fame and fortune.  Now however, he considers himself a churchgoing Catholic again.  “[This] puts me where I should be,” the action star said, noting that before his return to the faith, “I was alone in the world.  I though I would have to handle things my own way.”Speaking about the fourth installment of the “Rambo” series, which Stallone is co-producing, directing, and acting in, “Sly” notes that his protagonist (John Rambo), “is a borderline atheist.  He doesn’t believe in anything anymore.”However, Rambo’s mission in this movement, Stallone continued, “is to bring a group of Christians upriver into a very hostile territory, and they’re there to bring the Word of God and medicine and dentistry to these natives.  He starts getting influenced by their faith in the face of such incredible odds.”“I think it may work,” he said.“Here’s how it is.  I believe that you can have a Christian theme but you can’t hit it too heavy.  You can’t hit ‘em over the head with a hammer.  You have to be subtle about it,” he concluded.The new movie is currently in production and has undergone several name changes.  It current working title is “John Rambo” and is presently scheduled for release in late January 2008.