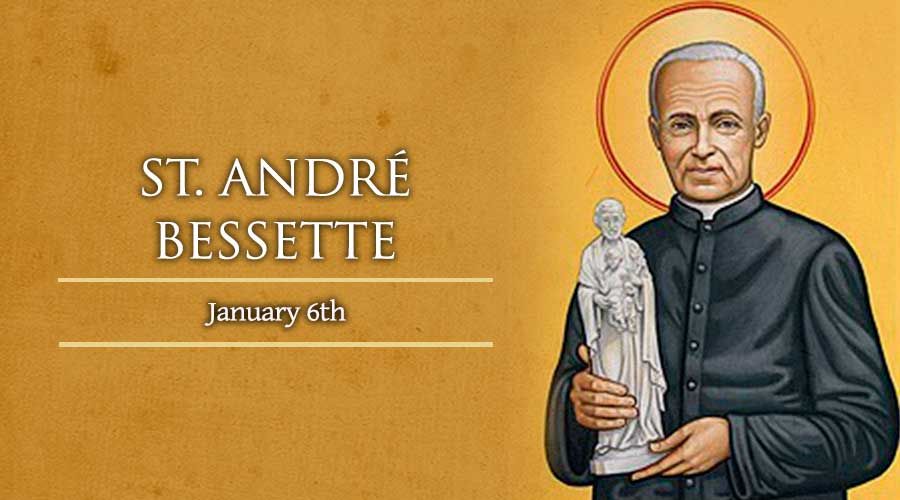 Brother André was born Alfred Bessette to a poor Quebec family in 1845, a biography from St. Joseph’s Oratory says. His father died in a work accident when he was nine, and his mother died three years later. His large family was split up and the future Brother André, barely literate and physically weak from birth, moved from job to job for years.

In 1870 he presented himself as a candidate for the novitiate of the Congregation of Holy Cross in Montreal. They did not wish to accept him due to his sickness, but assigned him a very humble job when the bishop implored them to. He was made porter at Notre-Dame College, where his daily tasks consisted of washing floors and windows, cleaning lamps, carrying firewood and working as a messenger.

Bro. André use to say, “It is with the smallest brushes that the artists paint the most beautiful pictures.”

He welcomed the sick and heartbroken, inviting them to pray to St. Joseph. His reputation grew as people reported that their prayers had been answered. He received visitors regularly for twenty-five years. Out of devotion to St. Joseph, he built a chapel with help from friends and money he earned from giving haircuts to students.

Larger versions of the chapel were constructed as more and more pilgrims came.

Brother André died in 1937. Over a million people attended his wake and burial.

"Guided by a deep faith and devotion to Saint Joseph, he dedicated his life to praying, serving the poor, welcoming strangers, healing the sick and comforting the suffering,” the bishop commented. “To this day, his memory remains an important witness to all Canadians of faith and love.”