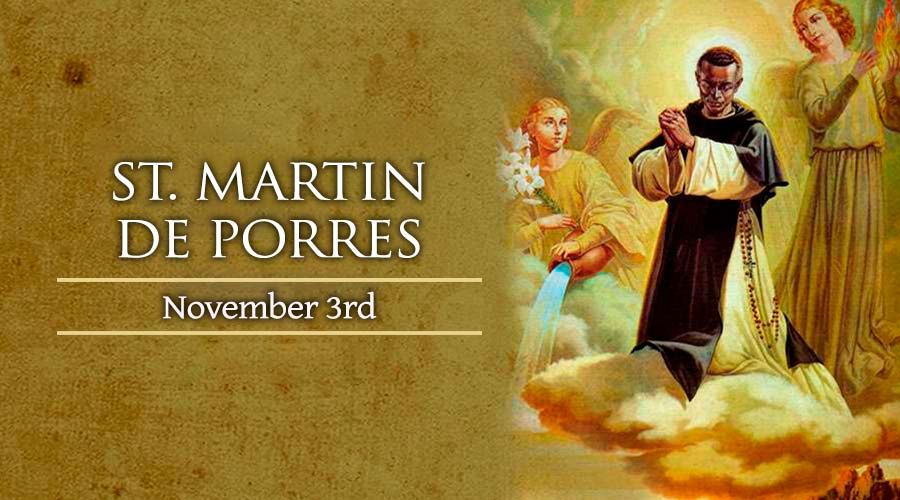 St. Martin de Porres was born in Lima, Peru in 1579 as the son of Spaniard Juan de Porres, and a freed colored-woman from Panama, Ana Velasquez. Being of mixed race, Martin was of a lower social caste, though his father looked out for him and made sure the boy was apprenticed in a good trade.

Martin studied to be a barber, which, at that time, meant that he also learned medicine. He became very well known for his compassion and skill as a barber, and cared for many people as well as animals. Eventually he became a third order Dominican, which meant he was a lay man associated with the order, living at the monastery. Though he longed to be a missionary, he was never afforded the opportunity.

Martin's prayer life was intense, and he practiced many mortifications. He was known to levitate in ecstasy in front of the altar, but he also subjected himself to many severe penances. He was considered to be very wise, and many sought out his advice and intercession.

He died in 1639, and though the investigation of his life proceeded rapidly after his death, his candidacy for canonization was delayed over 300 years due to a series of delays, natural disasters, and shipwrecks. He was finally canonized in 1962.