The Supreme Court heard arguments on Wednesday, Oct. 13 concerning whether or not to reinstate a federal death sentence for Boston Marathon bomber Dzhokhar Tsarnaev.

Although he was sentenced to death in 2015, Tsarnaev’s sentence was overturned by a three-judge panel of the First Circuit Court of Appeals in July 2020. The panel unanimously found that he had not received a fair trial.

Krisanne Vaillancourt Murphy, the executive director of Catholic Mobilizing Network, an organization which seeks to end the death penalty and to promote restorative justice, told CNA that Wednesday’s arguments were a reminder “that the federal death penalty is an incredibly tumultuous, broken system that is almost always retruamatizing for victims of families.”

"We pray for Mr. Tsarnaev’s victims, their families, and the city of Boston today as they prepare for what will surely be another emotional ruling,” she said.

During Wednesday’s arguments, Justice Amy Coney Barrett questioned what the “end game” of the federal government was in light of the execution moratorium.

“So the government has declared a moratorium on executions, but you're here defending his death sentences,” said Barrett. “And if you win, presumably, that means that he is relegated to living under the threat of a death sentence that the government doesn't plan to carry out. So I'm just having trouble following the point.”

“And what we are asking here is that the sound judgment of 12 of Respondent's peers that he warrants capital punishment for his personal acts in murdering and maiming scores of innocents, and along with his brother, hundreds of innocents at the finish line of the Boston Marathon should be respected,” he said.

In 2015, Tsarnaev was convicted on four murder charges and sentenced to death for orchestrating the bombing of the 2013 Boston Marathon with his brother Tamerlan. The bombing killed three and injured hundreds.

During their ensuing run from police, the two brothers shot and killed one police officer, and another police officer died from injuries in a shootout with them. Tamerlan died after being run over by an SUV driven by Dzhokhar, while he was fleeing police.

Vaillancourt Murphy said it was “concerning” to see the Biden administration push to execute Tsarnaev, especially considering that President Joe Biden is the “first-ever president to openly oppose the death penalty” while actively serving as president.

“The reality is, if Mr. Tsarnaev’s death sentence should remain overturned, he would never leave prison,” she said. “His execution would bring little healing to those he harmed, and would serve only as state-sponsored vengeance. We have other ways of keeping society safe than resorting to executions — methods that don’t violate the Church’s teachings on the sanctity of life and inherent dignity of the human person."

While the Obama, Trump, and Biden administrations have now all pushed for the federal death penalty for Tsarnaev, the Boston archdiocese has instead called for life in prison without parole.

“The pain and suffering caused to the victims of the bombing and to their loved ones is as clear and real today as it was nearly eight years ago,” the archdiocese told CNA in May. “As we have previously stated, Catholic teaching does not support the taking of life as a means of achieving justice.”

The Justice Department recently asked the Supreme Court to reinstate a death sentence for Dzhokhar Tsarnaev for his role in the Boston Marathon bombings. 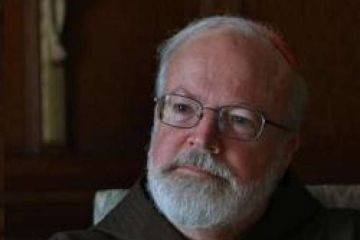 As the Supreme Court on Monday agreed to consider the death penalty for Boston Marathon bomber Dzhokhar Tsarnaev, the Archdiocese of Boston is praying for an end to violence and for Tsarnaev’s victims.