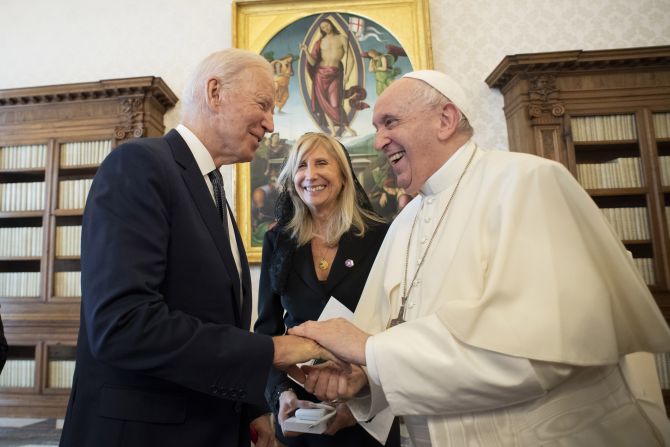 The Vatican declined to comment Friday on U.S. President Joe Biden’s statement that Pope Francis encouraged him to keep receiving Holy Communion during a private audience.

The Vatican, which has a long-standing policy of not commenting on specific statements attributed to the pope during private meetings, emphasized that the encounter between the two men on Oct. 29 was “a private conversation.”

Matteo Bruni, the director of the Holy See press office, told reporters: “I would consider it a private conversation, and it is limited to what was said in the public statement.”

Bruni was referring to a press release issued by the Vatican saying that the two men spoke about the environment, the coronavirus pandemic, refugees, and human rights.

According to the White House pool report, Biden told reporters that he and the pope did not discuss abortion during their 75-minute meeting.

Asked whether the issue came up, the president replied: “No, it didn’t. It came up — we just talked about the fact that he was happy I was a good Catholic and I should keep receiving Communion.”

Unlike past meetings between the pope and a head of state, the Vatican did not allow media to be present when Biden and Pope Francis met and no video live stream was provided.

Biden, the second American Catholic to become president, has supported taxpayer-funded abortion during his first year in office, and has issued statements in defense of legal abortion.

The issue of pro-abortion Catholic politicians receiving Communion has been a matter of widespread discussion during his presidency.

After Biden’s election, Archbishop José Gomez, president of the U.S. bishops’ conference president, noted the disagreement between the president and the conference on the issue of abortion.

In November, the U.S. bishops will meet in Baltimore, Maryland, for their fall general assembly, at which they are expected to vote on a teaching document about reception of the Eucharist.

Pope Francis has previously called abortion “murder,” compared the action to “hiring a hitman,” and said that unborn victims of abortion bear the face of Jesus.

He has also called on clergy to take a pastoral rather than a political approach towards Catholic legislators who support the practice. According to multiple reports, President Joe Biden on Friday said that Pope Francis told him to “keep receiving Communion.” The meeting was only the second time a Catholic U.S. president has met the pope. 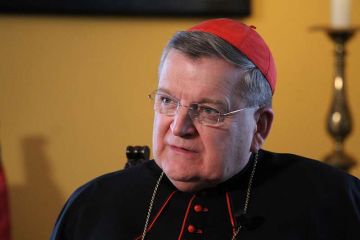 His intervention came on the eve of U.S. President Joe Biden’s meeting with Pope Francis.