Pope Francis created a commission on Friday to assess how the Catholic Church in Italy is implementing the reform of the marriage nullity process he introduced in 2015.

The pope established the pontifical commission with an apostolic letter issued motu proprio (“on his own impulse”) on Nov. 26.

He explained that he was taking the step to “directly support the Churches that are in Italy in receiving the reform of the canonical process for the cases of declaration of nullity of marriage, giving new impetus to the application of the motu proprio Mitis Iudex.”

A declaration of nullity — often referred to as an “annulment” — is a ruling by a tribunal that a marriage did not meet the conditions required to make it valid according to Church law.

Mitis Iudex Dominus Iesus (“The Gentle Judge, our Lord Jesus”), issued in 2015, made changes to canon law intended to streamline the process by which Church tribunals assess requests for declarations of the nullity of marriages. The text also emphasized the local bishop’s role in the process.

The pope said that the commission’s task will be “to ascertain and verify the full and immediate application of the reform of the process of matrimonial nullity.”

The commission will be chaired by Msgr. Alejandro Arellano Cedillo, Dean of the Tribunal of the Roman Rota, the court of higher instance at the Apostolic See.

Pope Francis asked the new commission to suggest “whatever is considered opportune and necessary to support and help the fruitful continuation of the reform.” It will conclude by drawing up a “detailed report” on the situation in Italy.

Referring to the 2014 family synod, the pope said that the new step was necessary to enable Italy’s Churches to “show themselves to the faithful as generous mothers in a matter closely linked to the salvation of souls, as was requested by the majority of my Brothers in the Episcopate at the Extraordinary Synod on the Family.”

The motu proprio appeared days after the pope held a private meeting with the Italian bishops in Rome. Sources said that the pope announced the commission’s creation during the closed-door meeting with the bishops, gathered for their plenary assembly.

According to one source, the pope said that he wanted to “help the bishops to act as judges,” referring to the emphasis in Mitis Iudex that the bishop is “the judge of those faithful entrusted to his care.”

Pope Francis made a similar point in his address to officials of the Tribunal of the Roman Rota for the inauguration of the judicial year in January.

He said: “I take this opportunity to exhort every bishop — constituted by Christ the Father, Shepherd and Judge in his own Church — to be increasingly open to the challenge of this issue.”

“It is a matter of tenaciously pursuing and completing a necessary ecclesiological and pastoral path, aimed at not leaving to the sole intervention of civil authorities the faithful who suffer due to judgments not accepted but endured.”

In the speech, the pope acknowledged that the reform, “especially the brief process, has encountered, and still encounters, a lot of resistance.”

He said: “I must confess that after its promulgation I received many letters, I don’t know how many, but a lot. Almost all of them were lawyers who were losing their clients. And there is the problem of money. In Spain they say: ‘Por la plata baila el mono’: the monkey dances for money. The saying is clear.”

“And sadly, this too: in some dioceses I have encountered resistance from some judicial vicars who, perhaps, lost some power with this reform, because he realized that the judge was not he, but the bishop.”

The pope signaled his concern over the implementation of the reforms in Italy as early as 2016, when he established a bilateral working group on the reform, composed of experts from the Vatican and the Italian bishops’ conference.

The Roman Rota issued a vademecum to Italian dioceses, requiring that diocesan tribunals be established “as soon as possible.”

Coupled with the request for smaller tribunals, the pope asked in Mitis Iudex that processes be free of charge. But Italian bishops worried that replacing the country’s 15 regional tribunals with more than 220 diocesan tribunals would be economically unviable.

The new motu proprio underlined that, although canon law allows a diocesan bishop to have access to other courts, “this faculty must be understood as an exception and, therefore, every bishop who does not yet have his own ecclesiastical tribunal must seek to found one or at least strive to make this possible.”

It added that “the reforming impetus of the canonical matrimonial process — characterized by the proximity, speed and gratuitousness of the procedures — necessarily passes through a conversion of structures and persons.” How will the reform of marriage nullity cases proceed in Italy?

With a letter sent Wednesday to the general secretary of the Italian bishops' conference, Pope Francis established a bilateral working group on the reform of the process of investigating marriage nullity. 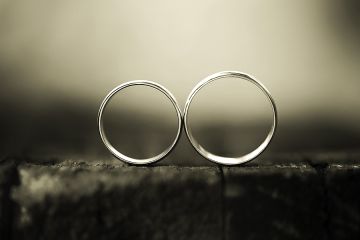 The new annulment process went into effect this week

With the launch of the Jubilee of Mercy, Pope Francis’ reforms to the annulment process have gone into effect, giving more of a role to the local bishop, dropping automatic appeals, and ensuring that the process is free of charge.