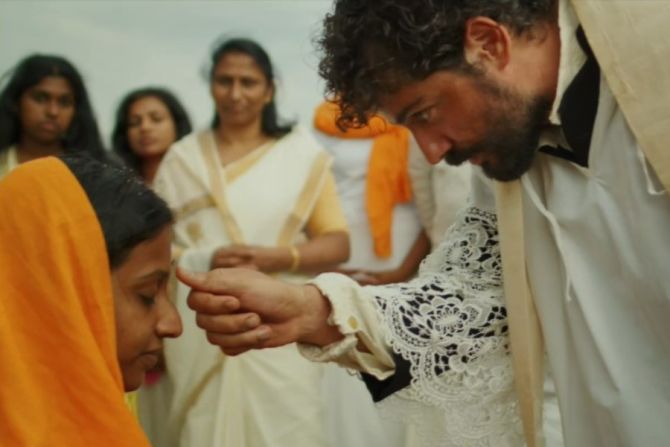 A still from the film “St. Francis Xavier: To the Ends of the Earth”. | EWTN/Cristiana Video.

This month marks 400 years since the canonization of St. Francis Xavier, one of the first Jesuit missionaries to spread the Gospel in India, Malaysia, and Japan.

“St. Francis Xavier: To the Ends of the Earth,” a new film produced by EWTN and Cristiana Video, will be screened in Rome on Saturday, March 5, at 5 p.m. local time ahead of the anniversary.

The screening will take place at the Church of the Gesù, a Jesuit church that contains the first-class relic of the saint’s right arm, the arm he used to baptize hundreds of thousands of people as he evangelized in Asia.

The Gesù also holds the tomb of St. Ignatius of Loyola, the founder of the Society of Jesus, commonly known as the Jesuits, who was a close friend and inspired St. Francis Xavier’s vocation.

St. Francis Xavier and St. Ignatius of Loyola were canonized together by Pope Gregory XV in 1622.

The film presents the story of Francis Xavier in a docudrama format, from his early college years in Paris, where he befriended St. Ignatius, to his final days as a missionary in East Asia. It will be screened in Italian.

Francis Xavier was born in 1506 in the Kingdom of Navarre, a region now divided between Spain and France. His mother was a heiress and his father an adviser to King John III.

While his brothers entered the military, Francis followed an intellectual path. He studied philosophy in Paris at the Sorbonne, where he later taught after earning his degree.

In Paris, the young man discovered his vocation with the help of his long-time friend Peter Faber and the older student Ignatius — who came to Paris in 1528 to finish a degree and brought together a group of men looking to glorify God with their lives.

At first, personal ambition kept Francis from heeding God’s call. Ignatius’ humble and austere lifestyle did not appeal to him. But the older student, who had undergone a dramatic conversion, often posed Christ’s question to Francis: “What will it profit a man to gain the whole world, and lose his own soul?” (Mark 8:36).

Gradually, Ignatius convinced the young man to give up his own plans and open his mind to God’s will. In 1534, Francis Xavier, Peter Faber, and four other men joined Ignatius in making a vow of poverty, chastity, and dedication to the spread of the Gospel through personal obedience to the pope.

In 1537, three years after Xavier became a priest, the king of Portugal asked the pope to send missionaries to his newly acquired territories in India.

On his 35th birthday, Xavier set sail for Goa, on India’s west coast. There, however, he found the Portuguese colonists causing disgrace to the Church through their bad behavior.

This spurred the Jesuit to action. He spent his days visiting prisoners and the sick, gathering groups of children together to teach them about God, and preaching to both Portuguese and Indians. Adopting the lifestyle of the common people, he lived on rice and water in a hut with a dirt floor.

Xavier’s missionary efforts often succeeded, though he had more difficulty converting the upper classes and encountered opposition from both Hindus and Muslims. In 1545, he extended his efforts to Malaysia, before moving on to Japan in 1549.

Becoming fluent in Japanese, Francis instructed the first generation of Japanese Catholic converts. Many said that they were willing to suffer martyrdom rather than renounce the faith brought by the far-flung Jesuit.

St. Francis Xavier became ill and died on Dec. 3, 1552, while seeking a way to enter the closely guarded kingdom of China.

Speaking ahead of the screening, Andreas Thonhauser, EWTN Vatican Bureau Chief, said: “Our time needs role models who inspire us to live a life fully dedicated to Jesus. Saints like Francis Xavier or Ignatius are keeping the Church alive over the centuries.”