The lethal injection chamber at San Quentin State Prison. | California Department of Corrections and Rehabilitation via Wikimedia (CC BY 2.0).

The Texas bishops' conference expressed gratitude Monday that a state court halted the execution of Melissa Lucio over claims she was wrongfully convicted for the death of her child.

“Melissa’s case highlights the serious flaws in our justice system that allowed her to be condemned to death on the basis of a dubious conviction,” the Texas Catholic Conference of Bishops said April 25.

The bishops noted that since her imprisonment, “Lucio has become a new person in Christ. Her conversion is a profound witness to the power of God’s love and mercy. We are grateful she has the opportunity to continue her personal conversion and to heal relationships with her children and grandchildren, relationships that have been strained by her imprisonment and the circumstances of her life.”

“We continue to pray for Melissa Lucio, her family, her community, and all who have been affected by the devastating loss of Mariah. May Melissa’s story be a catalyst for our civic leaders to consider more deeply the need for reform of our laws and practices regarding criminal justice,” they added.

Lucio was sentenced to death in 2008 for the February 2007 death of her two-year-old daughter, Mariah Alvarez. Alvarez was the youngest of Lucio’s 14 children.

Alvarez was discovered at her home in Harlingen, Texas, with damage to her spinal cord, a head injury, an arm that had been previously broken and healed without proper medical care, and with bruises to her kidneys and lungs. An emergency room doctor referred to Alvarez’s injuries as the worst he had seen in three decades of medicine. She was declared dead upon arrival at the hospital.

Lucio’s supporters insist that the death of Alvarez was the result of an accidental fall, not child abuse, and that her confession to the police came as a result of trauma associated with past abuse.

Her attorney, A. Richard Ellis, has said that Lucio is “a battered woman who was wrongly convicted and sentenced to death for the accidental death of her daughter, who had fallen down the stairs at the family’s home.”

“Her conviction rested on ambiguous statements Melissa made to police in response to a coercive, late-night interrogation by male police officers,” said Ellis. “We will fight not only to prevent Melissa’s execution but also to win her exoneration of these false charges.”

Lucio was to have been executed April 27.

The Texas Court of Criminal Appeals ordered April 25 that a trial court consider claims that the state used false testimony; that previously unavailable scientific evidence woud preclude her conviction; that she is innocent; and that the state suppressed favorable, material evidence. It stayed her execution pending resolution of those claims.

Bishop Daniel Flores of Brownsville said April 25 that “we give thanks for the stay of execution for Melissa Lucio granted by the Texas Court of Criminal Appeals. We thank the many who have prayed and worked for this outcome, and we continue to accompany Melissa and her family as they face the future together.”

“Our best hope is to continue in our efforts as a community to make this a less violent, more peaceful world. This requires that we continue to foster a sense of justice that does not include the taking of more lives. Let us pray and work for an end to the death penalty. There are many who are on death row at this time. Their deaths will not serve justice,” he said. 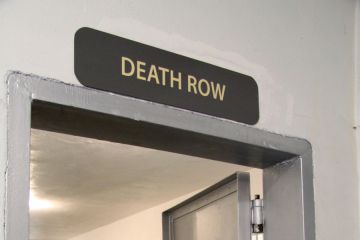