Amorth performed an estimated 100,000 exorcisms up until the time of his death at age 91 in 2016. He was perhaps the world’s best-known exorcist as the author of a number of books, including “An Exorcist Tells His Story,” which inspired the upcoming movie. He was also frequently in the news for his comments on the subject of demonic forces.

In an interview with The Sunday Telegraph in 2000, he said, “I speak with the devil every day. I talk to him in Latin. He answers in Italian. I have been wrestling with him, day in, day out, for 14 years."

Amorth was born in Modena, Italy, on May 1, 1925. He entered the mother house of the Congregation of the Society of St. Paul in August 1947, a few years after meeting the order's founder, Blessed James Alberione. Amorth was ordained a priest on Jan. 24, 1951.

It was not until 1986 that Cardinal Ugo Poletti, the vicar general of the Diocese of Rome, appointed him an exorcist.

Amorth often spoke about the growing need for exorcists in a world that lacks faith in God.

“It is very important today because there are so many requests for them. People have lost the faith, and superstition, magic, Satanism, or Ouija boards have taken its place, which then open all the doors to the presence of demons,” Amorth told the National Catholic Register in 2006.

The Hollywood Reporter said the movie will be based on Amorth's books, which “detail his experiences battling demons that had clutched people in their evil.”

Father Jose Antonio Fortea, a Spanish theologian who knew Amorth, told CNA in 2016 that the priest was highly influential both within and outside the Church.

"His strong, vigorous voice spoke to millions of people about the action of the devil. He alone, one person, managed to revitalize the ministry in one country and then his influence reached everywhere in the Church. The means to achieve this was simply to tell what he had seen," Fortea said.

William Friedkin, director of the 1973 movie “The Exorcist,” made Amorth the subject of his 2017 documentary film, “The Devil and Father Amorth.”

The documentary shows footage of Friedkin attending an exorcism performed by Amorth. Friedkin later wrote in a Vanity Fair essay that the woman being exorcized in the film had told him, “My problem is caused by evil spirits, but Father Amorth is the only one who helps me.”

The Sunday Telegraph interview notes that “The Exorcist” was Amorth’s favorite movie, despite his comment that the special effects were exaggerated. He said that he liked Friedkin's film because “people need to know what we do.”

Crowe won an Oscar for his work in the 2000 movie Gladiator. In his only other major role with a religious plot, he played the Old Testament protagonist Noah in the 2014 film “Noah” by Darren Aronofsky.

The star of the upcoming film about the Vatican exorcist was in Vatican City himself this week. On July 19, Crowe visited the Sistine Chapel and was later criticized for taking photographs of the chapel’s interior and posting them on Twitter.

I’m not sure there’s a more special privilege in the world than to hold the key for the Sistine Chapel and to experience it’s glory in silence. So grateful.
Sono al servicio di Roma. pic.twitter.com/BjPfPAvoIO

Other Twitter users are responding with a mix of criticism and support. 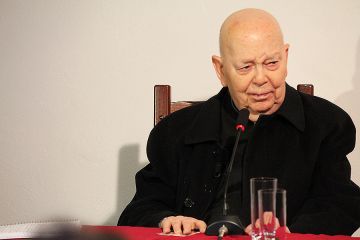 Interview with an exorcist- 'The Devil and Father Amorth'

A documentary on the ministry of Father Gabriele Amorth, popularly known as the “Vatican exorcist,” will be released this spring. The film was directed by William Friedkin, director of the 1973 movie “The Exorcist.” 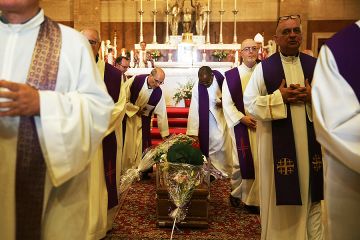 A final farewell to Rome's exorcist: the funeral of Father Amorth

Hundreds attended the funeral Mass of Father Gabriele Amorth, the exorcist of the Diocese of Rome, on Monday, following his Sept. 16 death at the age of 91. Diary of an Exorcist

Monsignor Stephen Rossetti has been an exorcist in the Archdiocese of Washington for more than a dozen years. He shares his experiences and how Catholics can avoid crossing paths with demons.